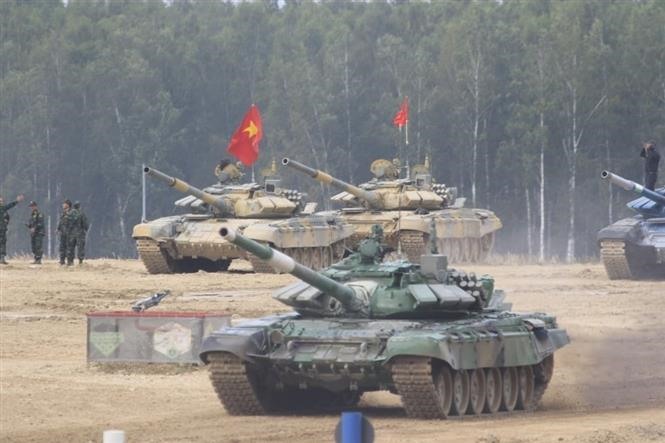 The Vietnam People’s Army's tank team competes at the Games.

The Vietnamese team completed three rounds of competition in 2 hours, 12 minutes and 42 seconds, bringing down 13 out of the total 24 targets.

The race also saw the participation of teams from Laos, Tajikistan and Myanmar.

The two-week 2020 Army Games will wrap up today with the final race of the first division tankers in the Tank Biathlon competition, according to Russia’s Ministry of Defence. 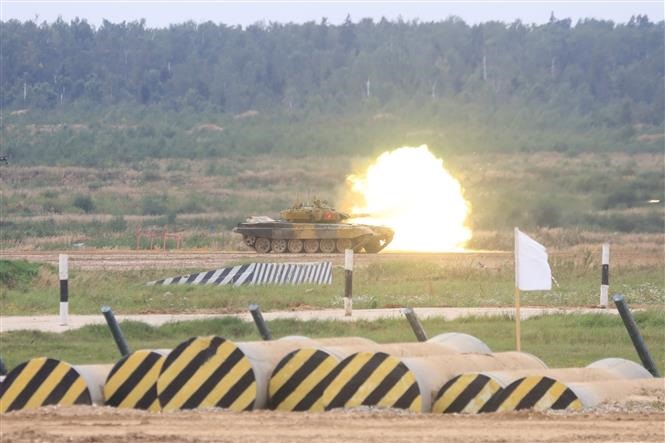 The tank team of the Viet Nam People’s Army competes at the race. 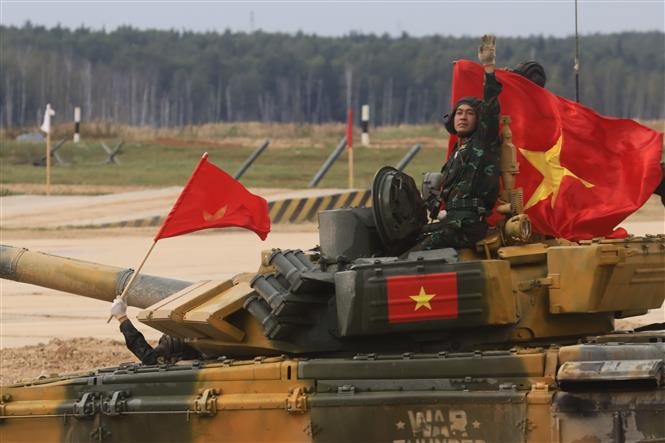 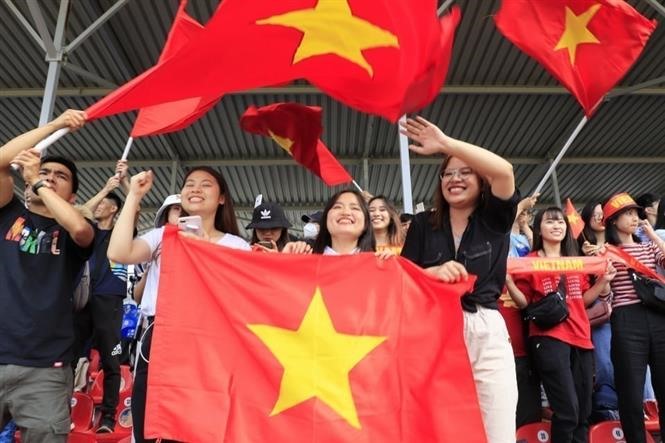 Vietnamese supporters for the Viet Nam People’s Army's tank team at the Games. 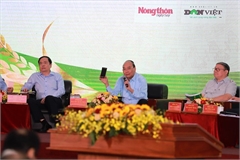 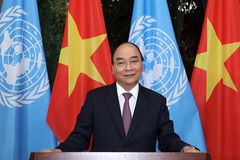 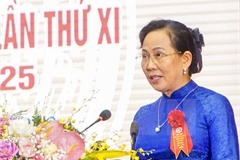 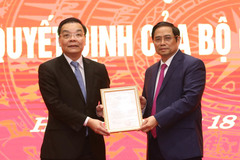 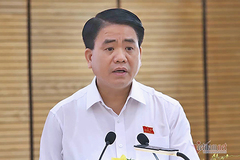 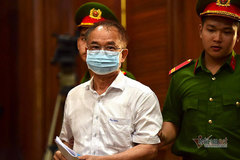 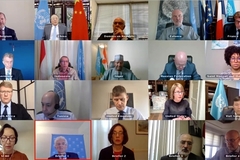