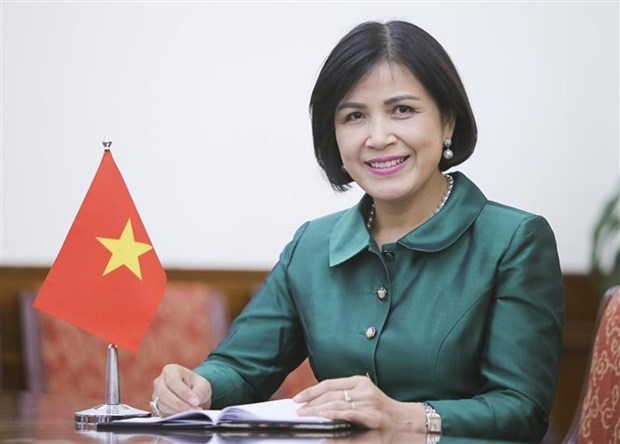 Ambassadors from G77 and China to the United Nations (UN) in Geneva had an online meeting with Isabelle Durant, new Acting Secretary-General of the UN Conference on Trade and Development (UNCTAD), to exchange their viewpoints and show their priorities and expectations to the UNCTAD ahead of its 15th session, slated for October in Barbados.

Ambassador Le Thi Tuyet Mai, head of the Vietnamese mission in Geneva extended congratulations to Durant, expressing her belief that she will drive the UNCTAD to new success.

Vietnam supports priorities given by Durant in promoting more inclusive and greener international trade through the greater concentration on socio-economic aspects such as social equality, human rights protection and the sustainability of the environment.

The diplomat underscored that Vietnam highly values the role of the UNCTAD in boosting international cooperation and giving multilateral solutions to a series of issues related to trade and development in the past 65 years, especially in completing Millennium Development Goals (MDGs) and implementing Sustainable Development Goals (SDGs).

Amid the complicated development of COVID-19 in the world, Vietnam hopes that the UNCTAD will continue supporting developing countries through technical cooperation, capacity improvement and ensuring the equal access and reasonable prices of COVID-19 vaccine as well as other medical bio-products, and support in transforming to digital economy and e-commerce, she said.

Vietnam will actively engage in the preparations for the UNCTAD-15, the diplomat said, highlighting that Vietnam is attentive to the session.

At the meeting, held only three days after the new UNCTAD leader took office, Durant underlined the significance of the opinions from G77 and China, while committing to continue strengthening the role of UNCTAD in promoting sustainable development and respond to COVID-19 pandemic in developing countries.

Regarding priorities in the future operation of the UNCTAD, she said that the UNCTAD will focus on preparations for the 15th session and the fifth UN session on least developed countries (LDCs) in Qatar in January 2022, as well as the mobilisation of resources and tools for member countries to engage in activities of the World Trade Organisation (WTO).

Other priorities include promoting innovation and digital economy, post-pandemic recovery and the organisation of the G7 Summit, she said.

With 195 members, UNCTAD is a permanent intergovernmental body established by the United Nations General Assembly in 1964.

The 15th UNCTAD quadrennial conference is the highest decision-making body of UNCTAD at which member states assess current trade and development issues and formulate global policy responses. It also sets the organisation’s work priorities for the next four years. The conference presents an opportunity to rethink development solutions and build a new solidarity among nations. 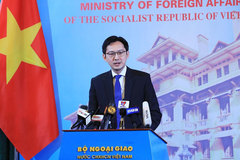