Voting began at 7am May 23 across around 80,000 voting units nationwide in the elections of deputies to the 15th National Assembly and People’s Council at all levels in the 2021-2026 tenure. 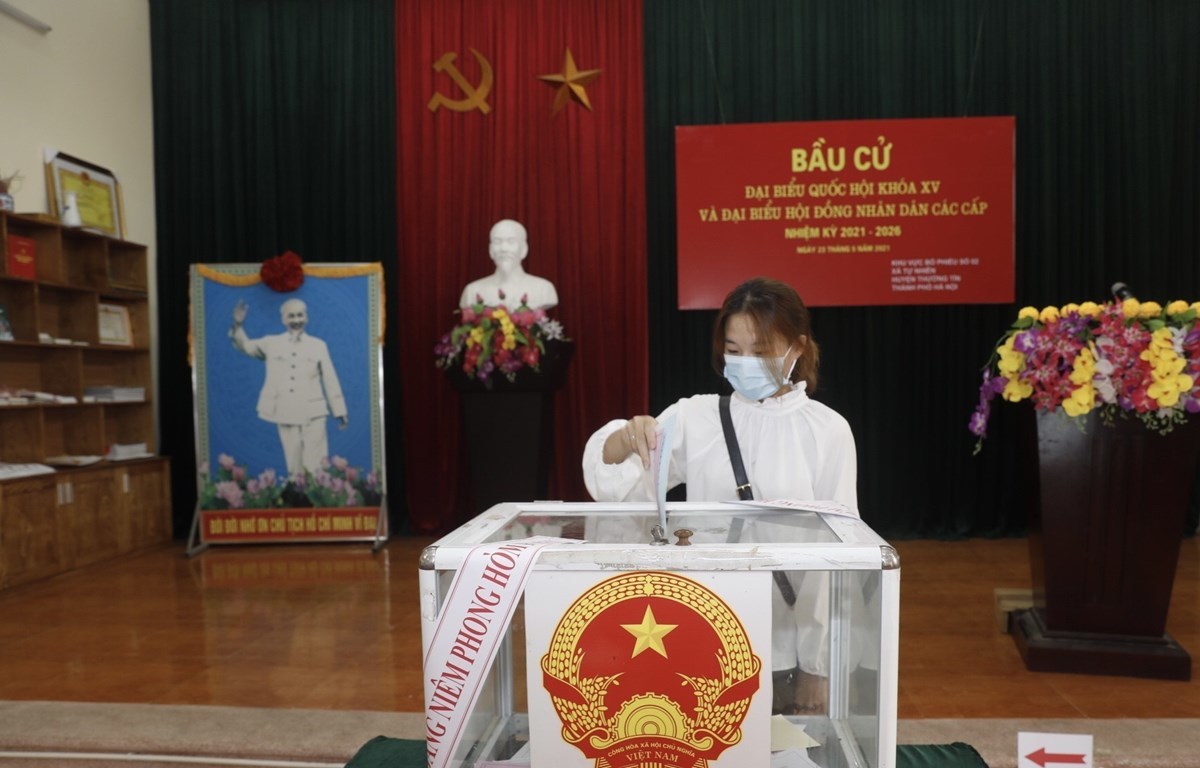 A voter casts her vote at Electoral Unit No.2 in Tu Nhien commune, Hanoi's Thuong Tin district on May 23. (Photo: VNA)

The election is a great festival of the nation, a chance for voters to exercise their citizen right and duty in selecting capable persons representing the people’s will, aspiration and right to mastery in the National Assembly and People’s Councils at all levels.

More than 69 million voters across the country are going to the poll to elect 500 deputies to the 15th NA among 866 candidates.

The elections take place amid complicated developments of the COVID-19 pandemic. Therefore, preparations have been conducted in a thorough manner to ensure safety and health for the people.

Voting is scheduled to end at 7pm the same day.

Vietnam ready for Election Day on May 23

Vietnam finished second in Group 1 of the qualifying round of the “Tank Biathlon”, held at the Alabino military training ground in the suburbs of Russia’s Moscow, at the ongoing International Army Games 2021.

Cuba will provide Vietnam with 10 million doses of a COVID-19 vaccine from now until the end of 2021, President Miguel Díaz-Canel told Vietnamese President Nguyen Xuan Phuc during phone talks on August 23 evening.

The signing ceremony was witnessed by US Vice President Kamala Harris and Chairman of the municipal People’s Committee Chu Ngoc Anh.

Army to use all forces to help southern localities wipe out COVID-19: Minister
POLITICSicon  23/08/2021

The army is determined to use all means and forces, within and even beyond its ability to wipe out the pandemic and bring people’s life to normal, Minister of National Defence Gen. Phan Van Giang has affirmed.

Prime Minister: Everyone in HCM City to be tested during social distancing period
POLITICSicon  23/08/2021

Prime Minister Pham Minh Chinh has directed local authorities to perform rapid testing on a large scale. HCM City will conduct Covid-19 test for the entire population during the social distancing period to detect F0 cases as soon as possible.

The Ho Chi Minh City Department of Home Affairs yesterday released an instruction document about the operation model for state agencies and units from August 23 to September 6.