The car market has recovered recently, though sales are not as good as the same period last year. The demand for both new and used cars is increasing, and the prices are escalating.

The 50 percent vehicle registration tax reduction applied to domestically made cars will expire on December 31, which is causing a rush on cars. 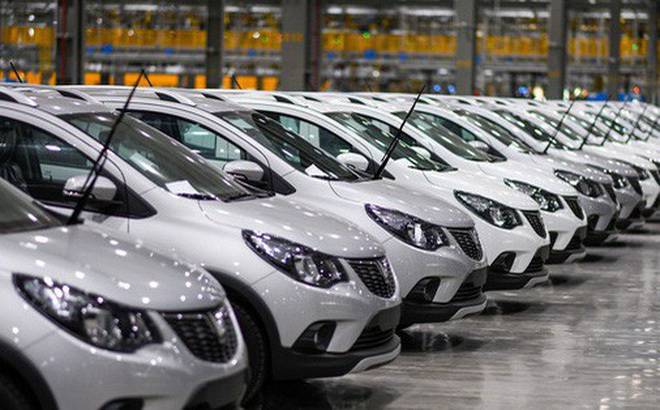 An official with the Kia automobile sales agent in Hanoi said the number of buyers has increased significantly and all of them have asked to get delivery prior to December 31 to be able enjoy the preferential registration tax. Kia Seltos and Sorento cars have been the most ordered.

Meanwhile, a salesman at Toyota Thanh Xuan showroom affirmed that sales in October are higher than in September. He estimates that October revenue would be double over last month. Most clients choose Vios, Corolla Cross and Fortune vehicles.

At Hyundai Cau Dien Shop, the demand has increased for Kona, Tucson and Santa Fe vehicles.

Analysts say that the automobile market has recovered with demand increasing for both domestically assembled products and imports, though demand is still weaker than the same period last year.

VAMA reported that 27,252 cars were sold in September, up 32 percent over August and down by 2 percent compared with the same period last year.

Four reasons have been cited to explain the sales growth. First, the seventh month of the lunar year, called the ‘month of forbidden souls’, is over. Second, the economy is recovering strongly. Third, the demand is always higher in year-end sale season. And fourth, the preferential vehicle registration tax is expiring by the end of the year.

The increased demand has stopped the price cuts. At some sales agents, higher prices of VND10-50 million have been quoted for some models.

Hyundai products, for example, have increased by VND10-30 million in price, and Mazda VND10-50 million, while Toyota is up by VND10-20 million.

Sale agents said that prices have increased because of higher demand. However, the majority of models are still selling at below the quoted prices.

Used car dealers are also happy because the market has become busy. Hyundai Santa Fe made in 2015-2018 are now selling at VND680-800million. The supply is short, while the prices have increased by VND20-30 million.

The sharpest price increases have been reported for Prado models of Toyota. The owner of an used car salon on Nguyen Xien street said Prado VX, 2016, the mileage of 40,000 kilometers was offered at VND3.15 billion last month, but is now priced at no less than VND3.25 billion.