The Ministry of Finance (MOF) has advised the Prime Minister not to extend the policy on 50 percent vehicle registration tax reduction for domestically made automobiles. To date, no automobile manufacturer or association has proposed to continue the policy. 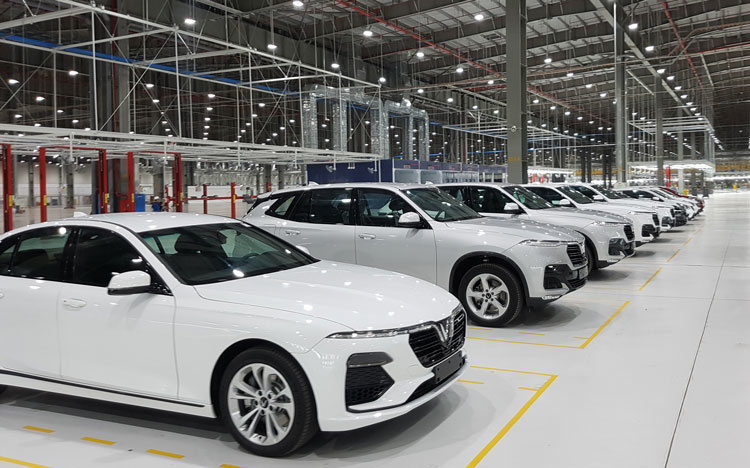 This means that the 50 percent tax reduction will no longer be applied from January 1, 2021.

Analysts say that the decisions on slashing the registration tax by 50 percent and imposing zero percent on material imports which cannot be made domestically, commencing from July 2020, helped the domestic automobile manufacturing recover from Covid-19.

The Vietnam Automobile Manufacturing Association (VAMA) reported that 105,266 cars were sold from July to October, equal to the same period last year (104,864).

This included 67,281 domestically assembled products, higher than the 57,405 products sold in the same period last year.

Analysts said automobile manufacturers and assemblers have nowresumed normal operation as they were doing before the Covid-19 breakout. The inventories have decreased and the domestic output is predicted to continue to rise in November and December.

As demand is increasing, car dealers have cut some preferences for customers. Buyers of Toyota Vios some months ago received preferences worth up to VND25-35 million, but now it is VND15-20 million only. As for Toyota Innova, the figure has fallen from VND75-100 million to VND30-40 million.

Meanwhile, the price has been raised slightly by VND10 million for three versions of Mazda CX-5 - 2.0L Deluxe, 2.0L Luxury and 2.0L Premium. The same price increase has also been quoted for two mid-range versions – Luxury and Premium of Mazda CX-8.

However, buyers still can expect big preferences from other car models. The buyers of Honda CR-V L version can enjoy a discount of VND77-80 million and receive a set of spare parts worth VND75-85 million.

Meanwhile, the buyers of Hyundai Santa Fe 2.4 premium gasoline engine can enjoy a discount of VND50 million. The figures are VND80 million for VinFast Lux A 2.0 and VND120 million for Lux SA 2.0

The sharp fall in domestically made products has forced the prices of imports down. The price reductions offered by distributors are equal to 50-100 percent of the registration tax.

However, analysts have warned that challenges are awaiting domestic manufacturers ahead, when the preferential registration tax is no longer valid. The localization ratio of domestically assembled products is just 10-20 percent, much lower than the 60-80 percent in Thailand and Indonesia.

Existing incentive policies are not attractive enough to encourage local enterprises to further invest in the automobile industry.