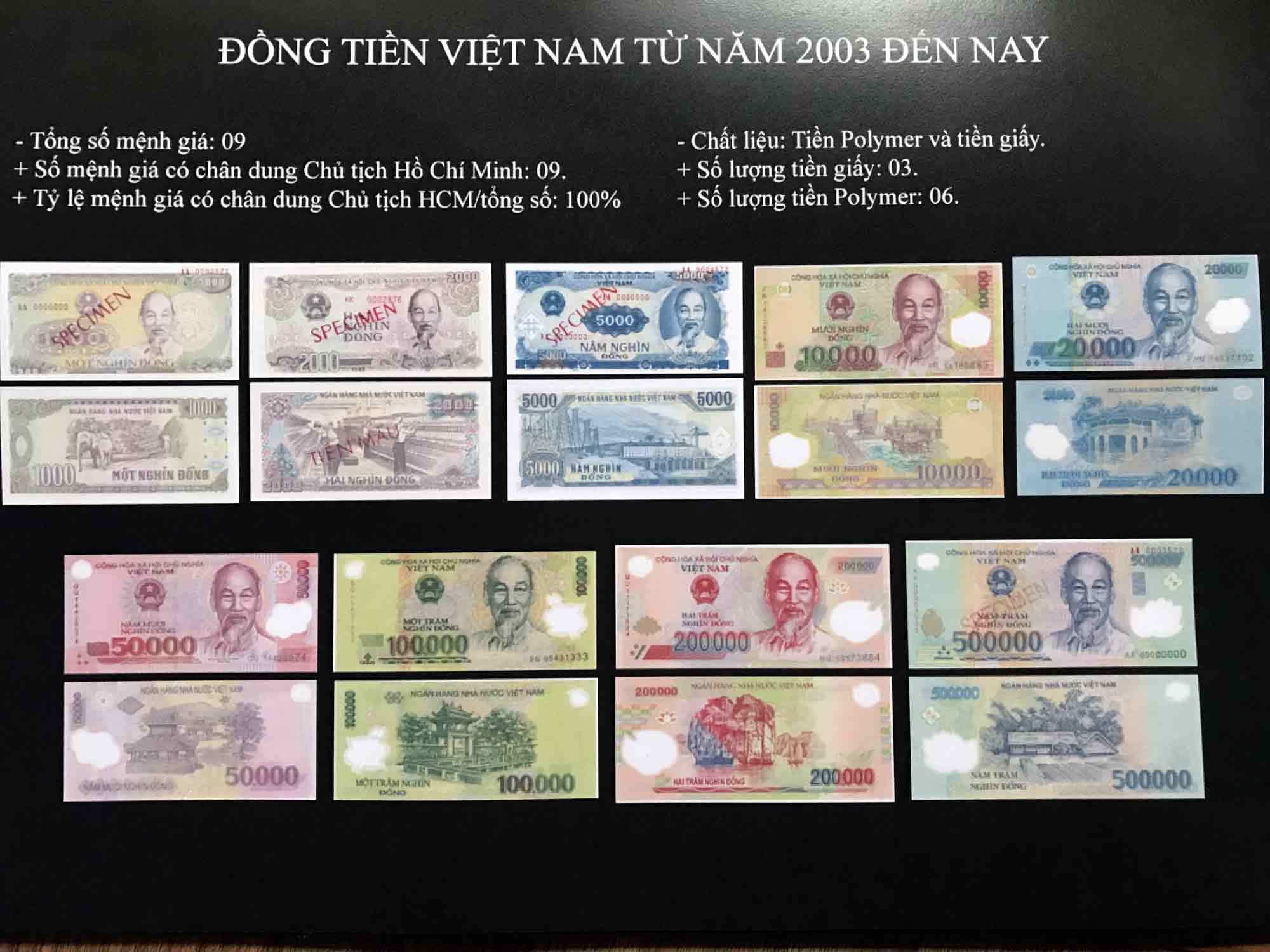 Artists Nguyen Sang and Mai Van Hien drew the image of the President without seeing him face to face. By that time, he had been the President of the Democratic Republic of Vietnam for four months.

On May 6, the State Bank of Vietnam celebrated the 70th anniversary of its establishment.

In the first period of the Democratic Republic of Vietnam, with the people’s immense love towards President Ho Chi Minh, banknote standards were secured partially thanks to the prestige of the President, though the administration was then very young, the national treasury was worth nearly nothing, and the quality of the banknotes was very low.

The form of banknotes and their quality reflected the "face" of State Bank.

Regarding the security factor of the set of banknotes released in 1946, it is undeniable that they were too sketchy. Such banknotes did not inspire people’s confidence.

Surprisingly, there is no document saying that the banknotes were counterfeited in that period, though Vietnam then had to struggle with internal opposing forces and foreign enemies.

Experts believe that the banknotes were not counterfeited, partially because of the boundless love towards President Ho Chi Minh. Vietnamese people always trusted in Uncle Ho’s banknotes and did their best to supervise and protect the banknotes.

Later, when releasing other sets of banknotes for the next periods, the State Bank of Vietnam attached much importance to security insurance with an aim to prevent counterfeiting from anywhere.

Prior to 1990, Vietnam made the decision to build a national banknote printing factory, but it still had to ask other socialist countries to help print the banknotes with a high nominal value. Only banknotes with low value were printed in Vietnam.

Deputy Governor of the State Bank of Vietnam Dao Minh Tu, on the occasion of the 30th anniversary of the national banknote printing factory, spoke about difficulties in the periods of construction and development of the factory.

In 2006 and 2007, banknotes were sometimes carried away before the printing ink was dry to ensure there were enough notes in circulation. Printing machines ran all the time and workers worked tirelessly.

Despite the lack of facilities, techniques and funding, and limited wages, the factory always fulfilled its tasks of providing enough cash to the economy and the banking sector.

The State Bank plans the amounts of money to be put into circulation, and the national banknote printing factory is in charge of providing that amount of money.

Tu praised the creativity of artists in designing the banknotes. Technical officers and workers have invented new methods. The design, printing and technical decoration are also very good. The image of President Ho Chi Minh appeals to people’s hearts.

Since 1945, more than 70 denominations of banknotes have President Ho Chi Minh’s images on the front. This is a special characteristic of Vietnam’s banknotes and the State Bank of Vietnam over the last 70 years.

The portrait of President Ho Chi Minh was drawn when he was alive. There have been only two cases of showing frontal images of the person on banknotes. In other cases, only profiles were shown.

Vietnamese artists drew the President's pictures when he was in danger as he was being tracked by spies in 1945 and after 1946.

The portraits of President Ho Chi Minh in different periods all have special characteristics.

When the country entered the long and arduous resistance war, the images showed a President with concern for the nation's destiny, but they were also imbued with the spirit of freedom, self-reliance and kindness.