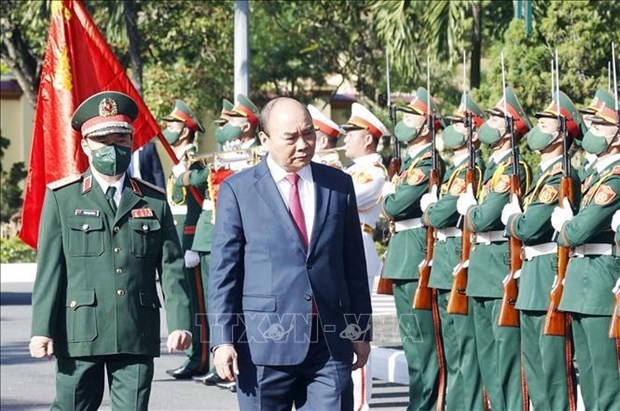 President Phuc praised efforts made by the Military Region 5, especially in assisting localities in socio-economic development and ensuring national defence-security.

He asked the Party Committee and High Command of the Military Region 5 to offer a warm Tet to soldiers, policy beneficiaries and poor households, especially those in mountainous, border and island areas.

Officers and soldiers of the Military Region 5 were also required to pay further attention to building and consolidating self-defence militia and all-people defence posture.

Synchronous measures must be adopted to build a politically strong force, with attention being given to political and ideological education, he said, adding that they must well perform defence external work and build a borderline of friendship, peace and cooperation between Vietnam and its neighbouring Laos and Cambodia.

The same day, the State leader had a meeting with retired senior officials in the central region.