Talking to the media, an owner of one slaughterhouse said that livestock companies are increasingly selling slaughtered pork in order to circumvent the commitment to keep the selling price of live pigs at VND70,000 ($3) per kg.

Another slaughterhouse owner in Ho Chi Minh City said that slaughtering activity has been maintained. However, instead of selling a 100kg live pig for VND7 million ($300), the livestock company can receive VND8 million ($350) for selling slaughtered pork, excluding head and viscera. This way, after deducting transportation and slaughtering costs, the company acquired much more profit compared to selling live pigs in the traditional way.

This suspicion is reasonable, according to the Ministry of Agricultural and Rural Development, as of the end of April this year, total units of pigs in the country sat at 24.9 million, equaling 80.3 per cent compared to the figure before the African swine fever (ASF) hit Vietnam. Over 20 cities and provinces reported total re-populated herds reaching between 80 and 100 per cent of units compared to six months ago.

Going by the statistics, the total numbers of pigs across the country is not much less than in previous years. Currently, husbandry companies make up 35 per cent of the total market share of pork, with the remaining market share belonging to small-sized businesses and household farmers.

At a recent meeting at the Ministry of Industry and Trade, representatives of local authorities raised concerns about the manipulation on the selling price of live pigs and the hoarding of pigs from large husbandry companies.

Le Xuan Huy, deputy general director of C.P. Vietnam, confirmed that the company is still selling around 15,000-17,000 live hogs every day at the price of VND70,000 ($3). “The volume of pigs sold will remain in the time coming, and we are boosting to provide slaughtered pork in order to cut intermediate factors,” said Huy.

Meanwhile, Japfa Comfeed’s representative said that this price cannot be lower than VND70,000 ($3) because the costs for breeding pigs has remained high after the ASF hit last year. Other players like Dabaco, Mavin, GreenFeed, CJ Vina, and Emivest declined to respond on the matter.

According to the Dong Nai Animal Husbandry Association, the volume of live hogs at wholesale markets in southern provinces has also reduced significantly due to the fall in supply. Around 4,000 live hogs are delivered in Ho Chi Minh City every day, and the prices are between VND90,000-100,000 ($3.90-4.30) per kg in the city and surrounding provinces.

Nguyen Kim Doan, vice chairman of the association, said that this is a peak time for pigs to be in short supply due to the impacts of ASF. “The supply is low at present because pigs were not bred during the epidemic and because of the cheap price period last year. Thus, supply resources are drained now,” he said.

In recent times the government has made all efforts to call on livestock companies to lower the selling price of live hogs and pork in order to reduce some difficulties caused by the global health crisis. However, it is instead climbing week by week.

With reality setting in, industry insiders are requesting the government and local authorities to build strict mechanisms to manage the selling price of pork and pigs on the market in order to avoid the manipulation of large companies, as well as preventing circumventions to bend the law.

Transparency is key to better protect the interests of businesses and customers in the pork market.

The domestic pork prices could be stabilised by this year end, Deputy Minister of Industry and Trade Do Thang Hai said at a Government meeting on Tuesday in Hanoi. 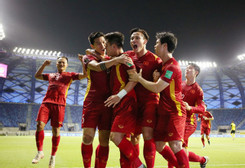 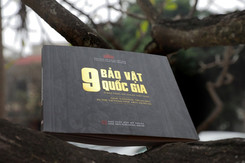 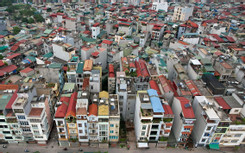 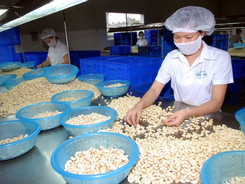