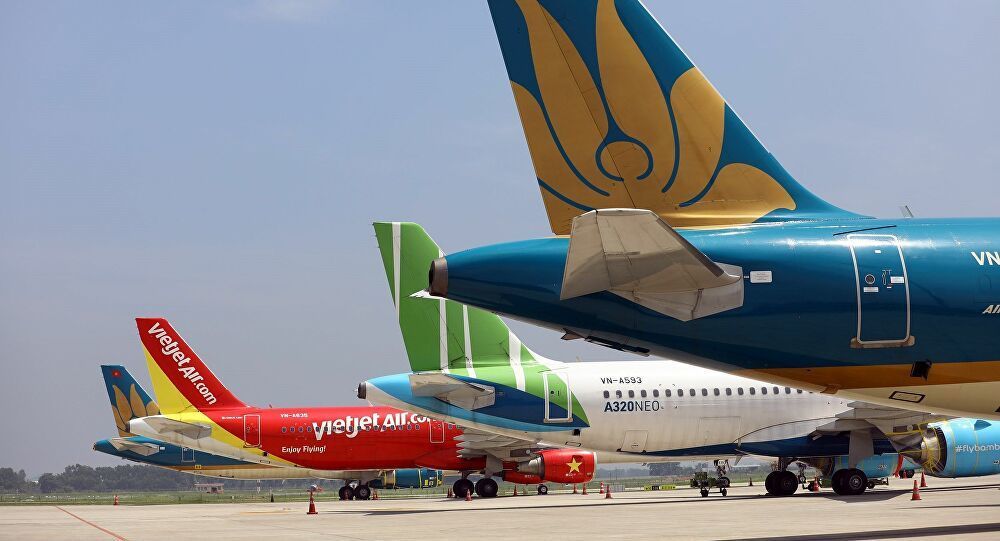 The Vietnam Aviation Enterprise Association has sent a document showing the current situation of air carriers and their proposals to the Ministry of Public Investment (MPI) regarding the second support package to be provided to enterprises affected by Covid-19.

The aviation industry has suffered heavily from the three Covid-19 outbreaks in the country. Air carriers reported a loss of VND18 trillion for 2020 from air transport and a decrease of VND100 trillion in revenue compared with 2019.

The international flight market remains frozen in 2021. In the first two months of the year, airlines in Vietnam served 66,600 international passengers, a decrease of 99 percent compared with the same period in 2019.

In an effort to stimulate demand and attract cash flow, airlines slashed fares, which resulted in an unprecedented losses in the peak season. The revenue from the Tet holiday season fell by 70-80 percent compared with the same period last year.

The association has predicted a continued decline in revenue in 2021 and loss of VND15 trillion. Airlines are also facing the risk of seeing cash flow exhausted in the post-Tet period.

The policies on supporting airlines to cope with difficulties caused by Covid-19 in 2020 have brought positive results. For Vietnam Airlines, for example, the 50 percent cut in off/landing service fee helped save VND155 billion, while the reduction in environmental tax on air fuel helped save VND164 billion (the figure is expected to reach VND430 billion this year).

As for Bamboo Airways, the total amount saved from the reductions was VND120 billion.

However, airlines still need support from the State as difficulties are still ahead in 2021.

The association has proposed extending the credit support program to rescue airlines that have a serious cash flow imbalance.

Airlines have asked for preferential loans, but to date only Vietnam Airlines can borrow VND4 trillion at preferential interest rates of 4 percent per annum. It has issued additional shares to existing shareholders to increase capital by VND8 trillion.

Tin Nghia Corporation (TID) has passed a resolution to dissolve the Tin Nghia Express Aviation Joint Venture, a member of the company, after just two years of establishment as the aviation market has been struggling due to the Covid-19 pandemic.