Regulatory risks are the biggest barrier to attracting private investors to the infrastructure sector.

ADB estimates that Vietnam will need $480 billion to develop infrastructure in 2017-2030. 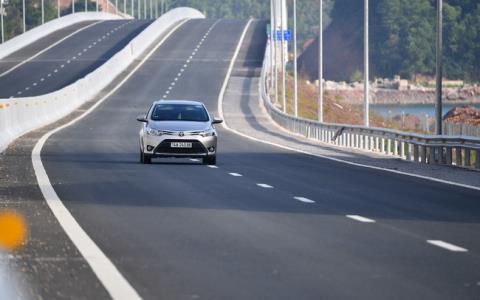 To ease the burden on the state budget, experts suggested attracting private investments. PPP (private public partnership) is expected to be an effective solution.

However, private investors view the projects as risky.

Commercial banks reported that 32 percent of BOT projects which have been completed and put into operation have revenue from toll collections lower than expected. The total outstanding loans provided to the projects is estimated at VND43 trillion.

In October 2019, 36 Corporation JSC sent a document to press agencies about toll collection at the BOT project on upgrading Highway No 19. It complained that revenue from the toll collection was much lower than initially expected because of changes in policies. The report showed difficulties that the investor was facing.

After three years of toll collection, the investor cannot increase the toll as initially planned (3 percent increase each year) because of requests from appropriate agencies.

Meanwhile, the Ministry of Finance released Circulars No 146 and 136 stipulating a significant toll decrease.

“These have had direct impact on the capital recovery capability of the project. The collections are not high enough to pay bank debts,” the document said.

Under the credit contracts signed with VietinBank, the project funding time is 13 years since the first disbursement day. Meanwhile, the payback time is 20 years, 6 months and 19 days.

The imbalance between revenue and expenditures is also a problem of many other BOT projects.

The Directorate for Roads of Vietnam reported that in 2018, of 52 operational projects, 26 had revenue lower than initially planned.

According to the Ministry of Transport, revenue decreased because investors had to lower service fees and could not increase the toll as instructed by the government in 2017.

Chair of the Vietnam Association of Road Traffic Investors (VARSI) Tran Chung said there are many barriers to PPP investors (BOT is one of the investment moded), from institutional mechanismd to local authorities’ coordination. Investors remain hesitant to invest in infrastructure because of policy risks.

Global Infrastructure Hub estimated that Vietnam needs to invest US$110 billion between 2021 and 2025 for infrastructure.

An ADB expert's projection that Vietnam will need to invest US$110 billion in infrastructure development between 2021 and 2025 has led PM Nguyen Xuan Phuc to order relevant ministries to look into it in earnest.