The General Statistics Office (GSO) has released a report about the productivity of enterprises of different economic sectors in 2017. If calculating in accordance with current prices, the average productivity is VND298.7 million per worker. 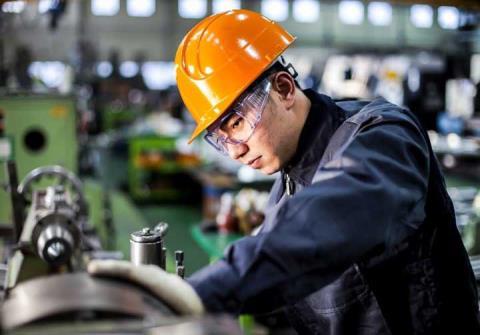 The productivity of state-owned enterprises (SOEs) is VND678.1 million. It is VND330.8 million for FIEs, and VND228.4 million for non-state economic sector.

Mining has been leading in terms of productivity for many years.

Bui Trinh, an economist, noted that the productivity of mining, electricity production and distribution, and real estate trading is15.9-19 times higher than the average productivity of the whole economy.

The mining sector has the highest productivity because this is a special industry and the value of products includes value of natural resources.

Commenting about the high productivity of SOEs, VEPR Institute pointed out that this is not because SOEs perform better or have outstanding features, but because they can access preferences in capital and technology and enjoy a monopoly.

As for the foreign invested economic sector, analysts say, though the capital use efficiency of the sector is high, its contribution to the national economy remains modest.

FIEs are the major driving force for Vietnam’s exports as most exports are from FIEs. However, analysts said the exports mostly benefit foreign countries.

Chinh said FIEs make up 70 percent of total exports, mostly from Samsung and some large corporations. However, the proportion of locally made input materials that enterprises use is much lower than in other regional countries.

Meanwhile, the private sector comprises small and micro enterprises, uses backward technology and has low management level. The economic sector has only received support from the state in recent years.

Mac Van Tien from the Ministry of Labor, Ward Invalids and Social Affairs (MOLISA) noted that though the state-owned economic sector has the highest productivity, it still incurs losses in many business fields, especially in power, petroleum and minerals.

Vietnam’s labour productivity remains low, making it difficult for firms to perform. Nguyen Bich Lam, general director of the General Statistics Office, talked about what is needed to foster a competitive labour force in the country.