Quang Binh says ‘no’ to cable car in heritage sites

The decision by Quang Binh provincial authorities to reject the cable car project at Song Doong Cave has been applauded by the public.

Experts in recent years have repeatedly warned of ‘landscape pollution’ because of mass tourism, saying that bad behavior towards the landscape and heritage sites are harming cultural values, and in the long term, killing the tourism industry. 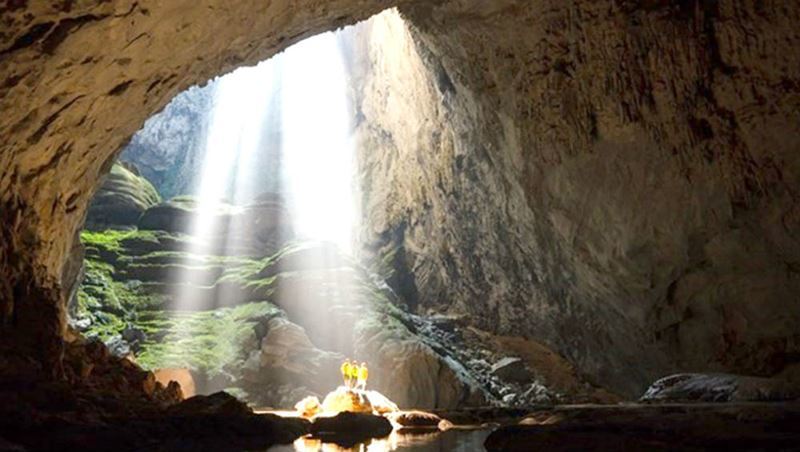 Nguyen Anh Tuan, director of the Institute for Tourism Research & Development, stressed that natural beauty and landscape values are the most important factors that attract travelers and they need thorough conservation for sustainable tourism development.

He said it was unadvisable to develop cable cars at world heritage sites, national parks and sanctuaries.

“What will the sanctuaries be like if steel construction works arise to serve the operation of cable cars?” he said, adding that cable car projects in forest areas, especially primeval forests, should not appear.

Adventure tourism is popular but the presence of cable cars in caves will spoil the natural beauty, Tuan explained.

He said the local natural resources would bear adverse effects from the cable car construction process. Many trees will be felled. When cable cars are put into operation, travelers will flock there, turning the area into a mass tourism site.

In the areas with beautiful natural landscapes, ecotourism development should be prioritized. It would be better to control the number of travelers to protect the landscape.

Le Nhu Tien, former deputy chair of the National Assembly’s Committee for Culture, Education, the Youth and Children, said cable cars would help travelers reach destinations more quickly but it is necessary to think carefully about where to place cable cars.

“Cable cars should be in places which help travelers and not spoil the landscapes,” he said. “The Heritage Law stipulates that the core area of heritages must not be compromised.”

An analyst commented that nearly all the projects for economic development in tourism areas in recent years have faced strong opposition from local residents and environmentalists.

In 2017, some investors wanted to build a cable car system in Phong Nha-Ke Bang National Park in Quang Binh province to attract more tourists to Vietnam. But the project was rejected. People feared that the cable car project would affect the environment.

Should there be a cable car system in Bach Ma National Park?