The COVID-19 pandemic has cast a long shadow and created uncertainty over the global economy.

The signing of the Regional Comprehensive Economic Partnership (RCEP), however, offers a beacon of hope, as it marks a victory for multilateralism and free trade regionally and globally.

After eight years of negotiations, ASEAN and five of its partners finished an enormous workload to successfully conclude the deal, Prime Minister Nguyen Xuan Phuc said at the signing ceremony, which took place on November 15 within the framework of the 37th ASEAN Summit and related meetings hosted virtually by Vietnam.

He said the signing of the deal is the pride and great achievement of the ASEAN countries and partners in laying a foundation for a new, comprehensive, long-term cooperation period, bringing benefits to all countries in the region.

The RECP was launched in late 2012 as an ASEAN initiative to boost trade between its ten member states and its six dialogue partners - Australia, China, India, New Zealand, Japan, and the Republic of Korea. During last-minute talks on November 4, 2019, India pulled out over unresolved issues.

It is the world’s largest trade deal, with the 15 signatory countries together accounting for up to 32 percent of global GDP. Member economies are expected to together generate GDP growth of approximately 137 billion USD.

The unprecedented trading arrangement comprises a diverse mix of developed, developing, and least-developed economies in the region.

Analysts expect that the pact will fuel the development of regional and global supply chains and further push the economic growth of ASEAN and its partners, thanks to a wide range of open-market commitments on trade of goods, services and investment, the simplification of customs procedures, and trade facilitation.

In light of the adverse impact of COVID-19, the signing of the RCEP demonstrates the signatory countries’ strong commitment to supporting economic recovery, inclusive development, and job creation, while strengthening regional supply chains and supporting an open and inclusive rules-based trade and investment arrangement.

The RCEP is viewed as the region’s urgent response to COVID-19, strengthening resilience during the post-pandemic economic recovery process.

“The signing of the RCEP is a historic event, as it underpins ASEAN’s role in leading a multilateral trade agreement of this magnitude, despite global and regional challenges and eight years of negotiations,” said Secretary-General of ASEAN Lim Jock Hoi.

Together with other free trade agreements (FTAs), the RCEP is hoped to give further impetus to Vietnam’s reform efforts, thus rapidly improving its business and investment environment.

According to Luong Hoang Thai, Director of the Ministry of Industry and Trade (MoIT)’s Multilateral Trade Policy Department, the RCEP forms the world’s largest free trade area, meaning Vietnam can benefit from a stable, long-term market. As the pact establishes a legally-binding regional framework concerning trade and investment policy, intellectual property, e-commerce and dispute settlement, it will contribute to creating a fair trade environment in the region, he said.

Nguyen Thi Quynh Nga, Deputy Director of the MoIT’s Multilateral Trade Policy Department, said “what makes the RCEP different from other FTAs is that it integrates pre-existing bilateral agreements between ASEAN and five of its major trade partners with regard to rules of origin.”

“That means Vietnamese firms can use input materials from any RCEP country, including the 10 ASEAN countries and five partner countries, to produce goods and then export them to any RCEP nation and enjoy preferential tariffs for meeting rules of origin,” Nga said.

To help Vietnamese enterprises make the most of opportunities brought about by the agreement, the MoIT has developed a plan to raise awareness of the trade deal and ensure its contents are known by relevant units and organisations as well as domestic firms, especially small- and medium-sized enterprises (SMEs).

The ministry will adopt programmes to help Vietnam’s key industries improve their competitiveness and further engage in regional and global value chains. It will also strengthen the capacity of Vietnam’s trade offices alongside information and trade promotion centres overseas, enabling them to deliver better information services to the business community regarding the RCEP.

Market development programmes will also be built for Vietnam’s key export items, to give them broader access to the markets of RCEP member states./.VNA 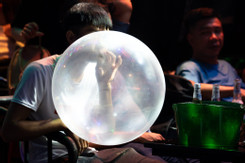 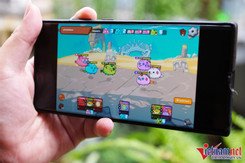 Sky Mavis, the company that developed the Axie Infinity game, is looking to expand its operations in the Korean market, a co-founder of Sky Mavis said during the recent Korean Blockchain Week.