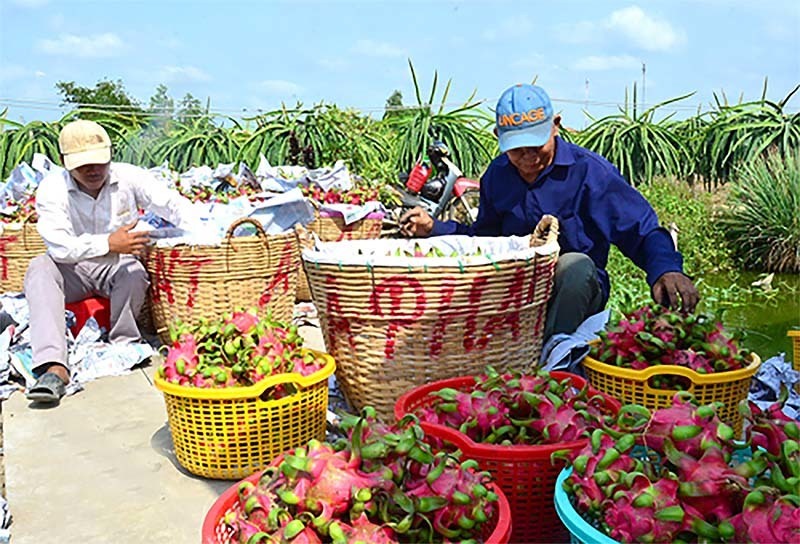 According to Le Quoc Phuong, former deputy director of the Vietnam Trade and Industry Information Center, Vietnam already has bilateral and multilateral FTAs with some RCEP member countries.

For example, Vietnam is a member of ATIGA (ASEAN Trade in Goods Agreement), AEC (ASEAN Economic Community), and ASEAN+1 with five partners (China, Japan, South Korea, Australia and New Zealand). It also has bilateral FTAs with Japan and South Korea.

Whether Vietnam’s enterprises can take full advantage of RCEP to boost exports will depend on the competitiveness of their products. Currently, Vietnam’s export products to the countries are mostly farm and seafood products.

“If enterprises cannot improve the quality and branding, they won’t be able to exploit the preferences offered by RCEP,” he said, adding that for Vietnam, the TPP trade agreement with the US was the FTA that Vietnam expected, because Vietnam enjoys a trade surplus with the US. However, the US withdrew from the TPP.

What if Vietnam opens its doors wide to foreign products?

Of RCEP economies, China is a vast market that all countries are eyeing.

Vietnam’s exports mostly go across border gates, which has risks. If enterprises cannot increase exports through official channels, even RCEP won’t help Vietnam’s products penetrate deeper into China, which is the market that Vietnam has an annual trade deficit of tens of billions of dollars.

RCEP is expected to have a great impact on trade between Vietnam and China, the third largest export market for Vietnam and the market which provides a large proportion of input materials.

Vietnam doesn’t have a bilateral FTA with China, which has recently taken a lot of actions to tighten the import of farm produce from Vietnam.

“If Vietnam’s farm produce can improve their competitiveness and meet the technical barriers set by China, Vietnam will be able to exploit the preferential tariff offered by RCEP to penetrate the Chinese market,” Phuong said, adding that in order to do this, Vietnam’s enterprises need to change their way of doing business.

As for other large partners in RCEP, Vietnam also has a trade deficit with them.

Regarding the South Korean market, Vietnam exported $16.1 billion worth of products to the country and imported $37.47 billion. Meanwhile, the figures were $15.74 billion and 16.55 billion, respectively, for the Japanese market.

If Vietnam cannot improve the production capacity of the economy, it will find it difficult to exploit the preferences from RCEP to expand export markets. On the contrary, the domestic market may become a fertile land for foreign products to flood in and the burden from the trade deficit would become even more serious.

Meanwhile, Vietnam’s production is still weak and relies on imported machinery and input materials. If the weak points cannot be fixed, the more FTAs Vietnam joins, the bigger risks Vietnam’s products will face in the home market.