Nguyen Thu Hang in Hanoi never thought that she would buy land in the countryside. But she changed her mind after she learned about homestays and realized that she would be able to earn money with the business model. 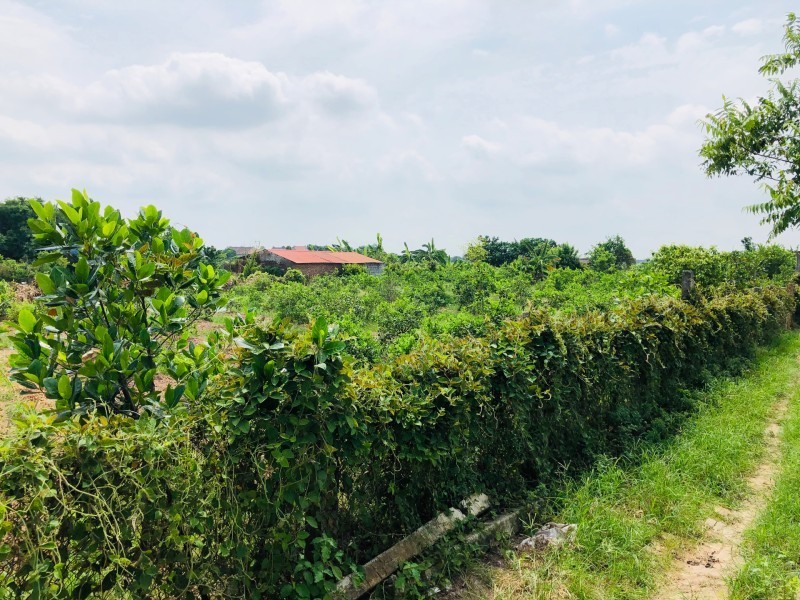 With VND1.5 billion in hand, Hang initially planned to buy an apartment in Hanoi for lease. However, because of Covid-19, there have been no tenants.

With this amount of money, she can buy a large land plot in the countryside with beautiful landscape to develop tourism services. She intends to provide services under the ‘farmstay’ model, i.e tourists can stay and experience production and daily life activities in rural areas.

Hai and his family usually go out to the suburbs on weekend and stay in a homestay. The homestays have swimming pools and gardens for people to relax after hard working days.

Hai was surprised that the homestays in Soc Son are always full on weekends, despite Covid-19. Believing that the demand for places close to nature is very high, he decided to buy a land plot to develop a homestay there.

Asked about the price, Hai said the price ‘is relatively high’, but he feels happy about the purchase.

“The demand for homestays is very high. I believe there won’t be no more land to buy there in the future,” he explained.

Not only middle-aged men, but young people also rush to leave for rural areas. Thu Thao, 25, in HCM City, gave up her job of a banking officer and brought all the money she had saved over the last 10 years to Lam Dong, where she bought a land plot for farm development.

Despite limited knowledge about agriculture, Thao was determined to develop an agriculture-tourism project there. At her farm, Thao grows vegetables, raises fowl and receives tourists.

“In the immediate time, I will focus on farming. Later, I will join forces with tourism companies owned by my friends to bring tourists to my farm,” she said.

At a young age, Thao is confident about her project. “I have been to Thailand and Malaysia, where I realized that they have been doing agriculture tourism very well,” she said, adding that she wants to apply the same model in Vietnam.

Tran Khanh Quang, an expert in the field, said there are two ways of developing homestays or farmstays. First, leaving cities for the countryside to develop farms. Young people sell their homes in cities and leave for rural areas to start a business.

Second, people remain in large cities, but buy gardens or small houses in the countryside where they go on weekends and lease the rooms when they are vacant.

He believes that even if farmstay developers fail with their projects, they won’t lose much money because the land prices will increase by twofold.

However, he warned that there are many risks. Legally, not everyone who has land can build houses on the land. Local authorities may refuse to grant licenses to build houses.

Regarding management, farmstay development requires a fairly high level of financial resources, and it is costly to maintain and take care of farmstays.

After buying a land plot at VND1 billion, investors have to spend VND200-300 million more to improve the land and VND400-500 million to buy a house. They have to spend money to take care of the house and garden, estimated at VND10 million.

In many areas, such as Bao Loc in Lam Dong province, the land price has increased by 3-5 times because of the ‘farmstay rush’ and has become equal to the land price in HCM City. However, the population density there is still low.

Since farmstays are still a new product, there have been no audited figures about the profitability rate.

There is a trend of real estate developers moving their investments from big cities of Hanoi and HCM City to other localities, experts have said.