The demand has been increasing rapidly, partially because of the growing trend of relocating production bases from China to Vietnam to avoid negative impact from the trade war. 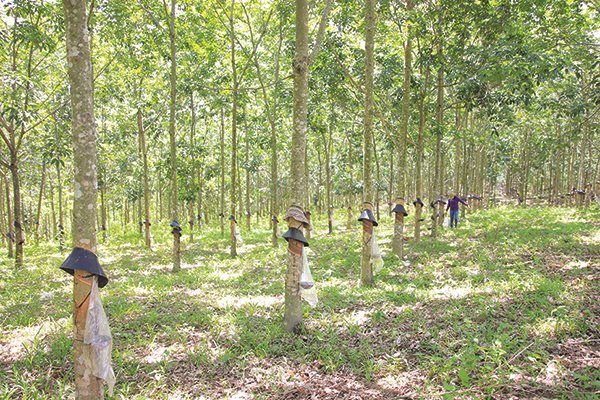 The Foreign Investment Agency (FIA) has confirmed the strong FDI wave in recent months. By April 20, roughly $5.7 billion worth of FDI capital has been disbursed, an increase of 7.5 percent compared with the same period last year.

Meanwhile, 1,477 projects were licensed with the total registered capital of $7.5 billion, increasing by 28.6 percent.

Rong Viet Securities commented that Vietnam has emerged as an attractive destination for investors in the context of the trade war escalation.

While Thailand is an automobile production center in Asia, Vietnam is the choice of the world’s leading technology groups. Samsung, LG and other corporations have been present in Vietnam for more than 10 years.

All these factors have generated increased demand for production workshops, storehouses and logistics services, thus accelerating the development of the industrial real estate segment.

While the demand increases, the expansion capability hasn’t increased proportionally because of the limited land fund and complicated licensing procedures.

Therefore, the IZ developers with large land funds such as Kinh Bac Urban Developmetn JSC (KBC), Idico (IDC) and the developers with effective operations such as Nam Tan Uyen IZ JSC (NTC) will have competitive advantages in the long term.

In the north, KBC hopes it can lease 843 hectares of land, mostly in Bac Ninh, Bac Giang and Hai Phong. Viglacera (VGC), which owns 911 hectares of land, will also get big benefits, especially if the trade war escalates, which has prompted global technology corporations to expand production in Vietnam and the network of vendors.

Meanwhile, potential tenants in the south are more diverse, including investors in heavy industries and chemicals as well.

The trade war is encouraging enterprises in Taiwan and mainland China, mostly small and medium sized, to relocate their production to the IZs in the south of Vietnam.

Long Hau JSC (LHG) is likely to lease 90 hectares of land and NTC will begin construction of infrastructure items of NTC 3 IZ in Q2.

Sources said some rubber companies which have large land funds are planning to use a part of land for IZ development. They include Phuoc Hoa Rubber which has 14,734 hectares, Dong Phu (9,340 hectares), Hoa Binh (5,061 hectares), Tay Ninh (7,172 hectares).

Although the damage wrought by the inferno at Formosa in Taiwan has not been assessed yet, it is sounding the alarms for all its facilities across the world, including Vietnam, which was also shaken by two heavy factory fires this month.