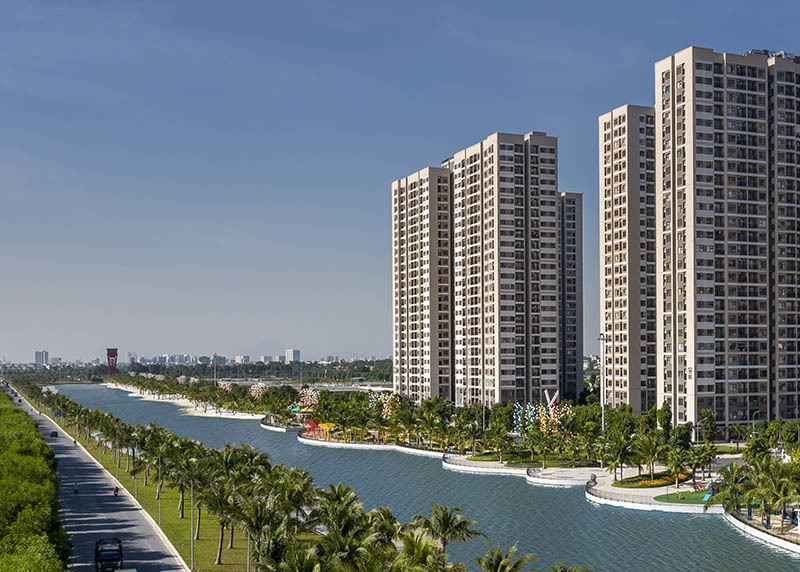 While production activities became stagnant during the pandemic, the real estate market remains warm with many merger and acquisition (M&A) deals.

Novaland, well known for a series of M&A deals, is continuing to take over hundreds of hectares of land in many localities. It is seeking land in Dong Nai, Long An, Ba Ria –Vung Tau, Lam Dong and Phan Thiet for its urban area and tourism real estate projects.

An Gia Group has announced an M&A strategy as a solution to develop its land bank. At the 2021 shareholders’ meeting, An Gia stated it would wrap up negotiations to buy 30-50 hectares of land more to develop projects.

Most of the successful M&A deals were between domestic investors and foreign investors who are present in the Vietnamese market.

Meanwhile, there were few deals with the participation of investors from overseas, because projects could not satisfy their requirements. However, the deals made by international investors had the highest value.

Analysts say that M&A activities have been slowing over the last year. The real estate prices in H2 2020 and H1 2021 did not decrease as predicted, despite the pandemic. This, plus the monetary policy loosening, caused land owners to think that the pandemic would end soon and the market would see a strong recovery. They tended to retain properties or sell at high prices.

But buyers are not so optimistic. They are cautious in disbursing money now and many of them are waiting before taking action. Because of many reasons, the process of legalizing projects’ status has also gone more slowly than planned.

Another reason is that many investors who want to transfer projects lack opportunities to approach buyers, especially foreign ones.

In some cases, buyers and sellers cannot find a common voice.

Analysts also note that, previously, the projects in M&A deals were mostly located in the central districts of large cities of Hanoi and HCM City. However, as the land there is getting scarce, investors are seeking opportunities in neighboring areas.

According to Hung Vuong Holdings CEO Pham Viet Anh, the time to buy projects is when the market cools and realtors turn cautious.

Anh believes that current difficulties are just temporary and the real estate prices will increase after the pandemic ends.

According to Savills HongKong, Vietnam remains an attractive destination for foreign investors. The Ministry of Planning and Investment (MPI) reported that total FDI capital in H1 reached $15.27 billion.

Vietnam is the only country which has received an upgrading in credit rating by all three prestigious rating firms - Moody’s, S&P and Fitch.

Le Phuong Lan from Savills Hanoi said investors are most interested in urban housing projects. The demand for Industrial Zone development and logistics land has also been increasing rapidly in the last 1.5 years.