Business environment reform has been slowing down over the last two years. Some bad regulations that were removed because they hindered the development of enterprises have been revived. 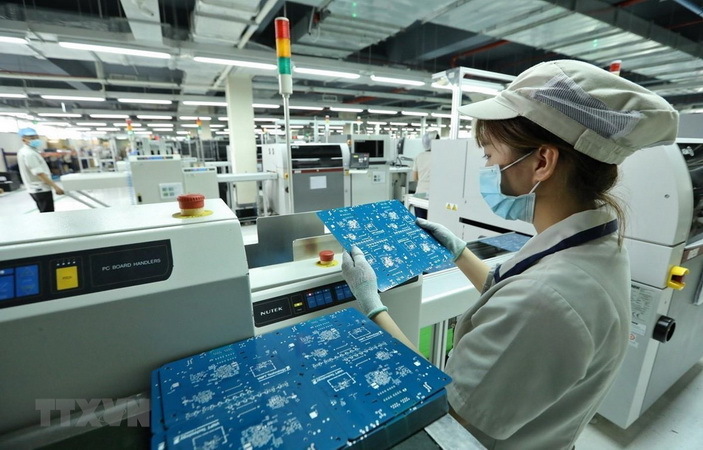 Deputy Minister of Planning and Investment Tran Duy Dong said at a conference on Resolution 02 on business environment reform that reform has slowed down since 2020 because of Covid-19.

Nguyen Minh Thao, Head of Business Environment and Competitiveness Division under the Central Institute of Economic Management (CIEM), said that business environment upgrading has made no headway.

Reform of many business conditions has been implemented on paper, but there has been no assessment about implementation efficiency. Conditional business fields have decreased in quantity, but improvement is not substantial. The number of online public services, as reported by ministries, branches and local authorities, has seen considerable improvement, but enforcement remains superficial.

Meanwhile, in the last two years, since Vietnam has had to focus on pandemic prevention and control, the business environment improvement process has slowed down. More seriously, some regulations which were removed because they hindered the development of businesses have been revived, and some new bad regulations have been set up.

Dau Anh Tuan, head of the Legal Department of the Vietnam Chamber of Commerce and Industry (VCCI) pointed out a worrying tendency that some management agencies are amending legal documents and tightening business conditions. The Ministry of Industry and Trade (MOIT), for example, is amending the decree on rice export management and attempting to set up requirements on enterprises’ operation scale and storehouse capacity.

Meanwhile, the Ministry of Health (MOH) is drafting amendments for Decree 15 on food safety, giving more power to state management agencies and re-applying pre-examination instead of post-examination methods.

Regarding EuroCham’s Q4 2021 business environment index, 32 percent of European managers still consider administrative procedures as a barrier in taking full advantage of the EVFTA in Vietnam.

Nguyen Dinh Cung, a respected economist, said the business community has been seriously affected by the pandemic, so the task of reforming the business environment is more important than ever before.

He proposed that the Government instruct ministries and branches, when designing new legal documents, not to set more barriers contrary to reform.

It is necessary to dedicate resources to partially neutralize the resistance to reform and the effort to restore outdated management tools that were eliminated in the previous reform process.

Virginia Foote, Deputy Chair of AmCham, called on the Government to keep the tax policy stable to help businesses recover and grow sustainably. She stressed that now is not the right time to raise taxes or expand taxation.

AmCham said Vietnam should ensure a favorable legal environment with regulations in line with international practice such as cross-border movement of goods, services and data.

EuroCham applauded the past initiatives and reforms of business regulations, including reforms in specialized examinations. Decree 15/2018 was considered a ‘revolution’ in the food industry, with post-examination principles instead of pre-examination.

The concern that switching from pre-examination to post-examination could lead to higher food safety risks has been shown to be unfounded.

In reality, the decree helped the food industry obtain high growth rates, even during the pandemic. The reform created by the decree has helped save 8.5 million working days and VND3.332 trillion each year.

Vinh said EuroCham hopes that reforms like this will continue to be implemented.

HCM City will continue to streamline administrative procedures in an aim to improve the business climate and ensure people’s rights and obligations as part of its ongoing urban administration pilot project.