Researchers warn of risks for Vietnam in 2021

The uncertainties of the global economy, the new Covid-19 mutation, and risks from lawsuits and trade remedies will have an impact on Vietnam’s economy in 2021, experts say. 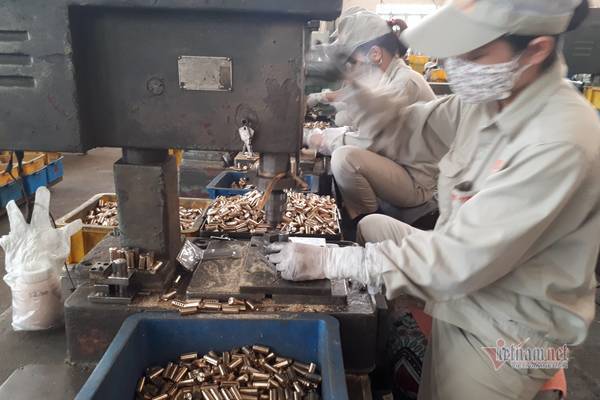 CIEM researchers described two scenarios, based on assessment of agencies and institutions on the world’s economic prospects and Vietnam’s economic development, as well as different economic policies.

The trade surplus is predicted to be at $5.49 billion and $7.24 billion, respectively, while the inflation rates would be 3.51 percent and 3.78 percent.

According to CIEM, Vietnam’s macroeconomic performance in 2021 will be influenced by the world economy, which is still uncertain. The US is expected to continue to apply measures to restrain China’s economy, trade and technology, and may team up with some partner countries to implement measures.

Trade conflicts among large economies will prompt international corporations to relocate their production bases to avoid high tariffs. This will be both a challenge and opportunity for Vietnam.

Second, Covid-19 and mutations remain unpredictable with the risk of outbreaks. This will result in an increase in logistics costs for manufacturing and import/export activities.

Third, many economies have launched big bailouts, and there is no coordination of the bailouts at the global level. Analysts warn that this may cause high risks for the world financial market and the global debt situation.

Fourth, the 4.0 industry revolution and digital transformation are proceeding rapidly which has affected the development of Vietnam’s businesses and the Vietnamese market.

Fifth, the capability of continuing to carry out substantial reforms in the investment and business environment will affect foreign investors’ decisions on whether to scale up investments.

Sixth, domestic consumption demand is expected to increase rapidly, and businesses may focus more on the domestic market.

Seventh, while hoping for positive impact from EVFTA, Vietnam may have to face lawsuits and trade remedies, not just in the US market.

The Central Economic Committee, when reviewing economic development in the last five years, said the economy continued growing rapidly, 6 percent per annum. The economy has a scale of $340 billion, which has increased by 1.4 times, ranking fourth in ASEAN.

The 13th National Congress of the Communist Party of Vietnam (January 25-February 2, 2021) is one of the most prominent political events this year.