Resumption of flights to Hanoi, no concentrated quarantine for people with negative Covid tests proposed 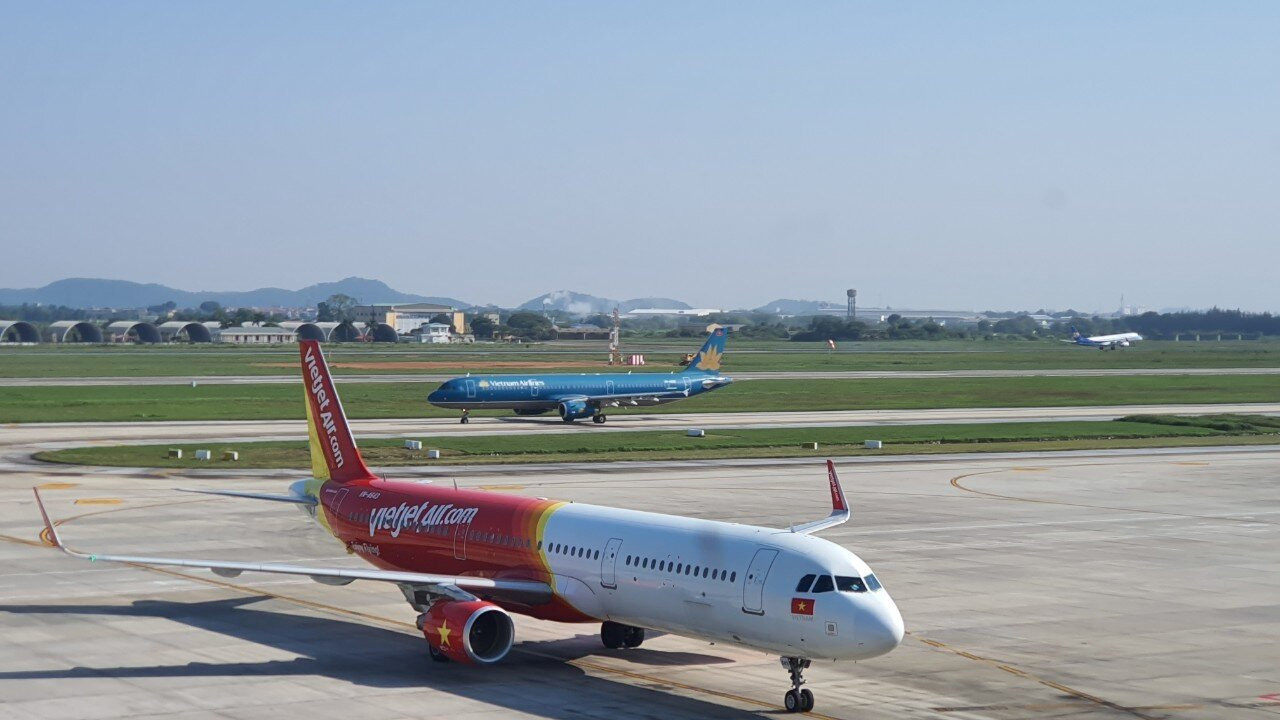 The Ministry of Transport (MOT) has sent a document, urging Hanoi authorities to resume flights to Noi Bai International Airport, saying that the economy would incur big losses if Noi Bai continues to stop receiving passengers.

Since the pandemic broke out, the revenue of airlines has decreased by 90 percent. The losses incurred by the aviation sector are increasing rapidly, estimated to reach VND20 trillion this year. Meanwhile, short-term and due debts have reached VND36 trillion.

Vietnam Airlines has asked for preferential loans worth VND10-12 trillion. Vietjet Air wants a VND10 trillion loan, while Bamboo wants to borrow VND5 trillion under the refinancing mode from commercial banks, the solution which has been applied to Vietnam Airlines, and a preferential 3-4-year loan.

Meanwhile, Pacific Airlines said it needs VND5.7 trillion to restore production, including VND2 trillion to be disbursed in 2021 and in 2022. Vietravel has asked for a loan worth VND1 trillion at zero or preferential interest rates.

The closing of the skies caused the aviation industry to suffer a loss of VND500 billion per day and the tourism industry VND2 trillion (70 percent of tourists are carried by airlines).

Noi Bai and Tan Son Nhat are the two important airports which serve nearly 90 percent of total passengers of the country and revenue of airlines.

“If Noi Bai continues not to receive regular passengers on commercial flights, this will cause big losses to the aviation sector and affect the economic recovery plan,” the document said.

Aviation is the safest means of public transport. Pilots, stewardesses and officers have been fully vaccinated. Passengers are also required to have rapid tests at departure airports before getting onboard (including passengers with negative testing results within 72 hours when arriving at airports).

Vaccination rates in Hanoi, HCM City and pandemic-hit localities are very high. It would be better to prioritize these people to travel, work and have daily activities as usual, even if they are from pandemic-hit areas.

Dung stressed that if local authorities reopen air routes, budget flights will allow people to return to their hometowns safely. Currently, people are attempting to drive motorbikes thousands of kilometers to their hometowns.

VABA has asked people’s committees of cities/provinces to agree to reopen routine commercial air routes, especially flights to/from Noi Bai, Da Nang and Tan Son Nhat from October 10, and not require concentrated quarantine on negative passengers. The passengers will only be monitored and controlled with technology solutions.

In the dispatch to the Hanoi People’s Committee on October 6, citing the instruction by Deputy Prime Minister Le Van Thanh, MOT proposed a temporary plan to organize flights to/from Noi Bai as follows:

Option 2, only providing flights from Hanoi to HCM City with the frequency of four flights per day.

As for other localities, MOT asked the Hanoi People’s Committee for opinions about connections with every city/province.

Vietnam’s airlines are making hectic preparations to get ready to sell tickets as soon as they are allowed.

Vietnam Airlines and Pacific Airlines plan to resume two-way routes between HCM City and Thanh Hoa, Nha Trang, Tuy Hoa, Quy Nhon and Phu Quoc, with the frequency of one flight per day for each airline.

Vietnam Airlines plans to reopen the HCM City - Hue route with one flight per week, and the one-way route from Vinh to HCM City with two flights a week.

Since the flight schedule may be adjusted depending on pandemic developments and requirements by local authorities, passengers to book tickets from now to October 31 would be exempted from air ticket change fees.

Vietjet also plans to exploit air routes connecting HCM City with Quy Nhon in Binh Dinh, Thanh Hoa, Tuy Hoa (Phu Yen), Phu Quoc (Kien Giang) and Nha Trang (Khanh Hoa), one flight a week. Two flights a week will be provided for Thanh Hoa - NhaTrang and Thanh Hoa – Phu Quoc. There will be distancing among the seats on airplanes during the October 10-19 period. Passengers will have to implement 5K principle.

As of the end of October 6, more localities have agreed on reopening domestic routes.

Lam Dong has agreed on a plan to reopen air routes from the province to Hanoi, Hai Phong, Nghe An, Thanh Hoa and Thua Thien -Hue, Da Nang. However, it still doesn’t intend to reopen routes to/from HCM City and Can Tho now.

Ca Mau has supported the airlines’ plans to resume flights to the locality.

As such, 18 cities/provinces have replied to the CAAV’s proposal on reopening air routes. Of these, seven agree and four disagree with the proposal (Hanoi, Hai Phong, Gia Lai and Can Tho).

Private airlines have requested access to 0 percent interest loans, similar to the support Vietnam Airlines (VNA) - the country's flag carrier - is entitled to, heard a meeting among the State Bank of Vietnam (SBV), commercial banks and the airlines.

Airlines continued to debate whether a floor price should be implemented with both supporters and naysayers making arguments for their case.