A number of internationally-renowned media outlets have paid tribute to Vietnam for the nationwide launch of its rice ATM machines to provide free rice to those who have been negatively affected by the novel coronavirus (COVID-19).

The story was picked up by broadcaster CNN of the United States on April 13 as they ran an article on their website which describes the initiative as “too good to be true”, noting how a number of such machines have been installed in cities across the country such as in Ho Chi Minh City, Hanoi, Hue, and Da Nang to support local people hardest hit by the epidemic.

On Twitter, US writer Marianne Williamson stated her belief that the initiative should be deployed throughout the US where tens of millions of people have been left out of work as a result of the economic impact of the COIVD-19.

Reuters of the UK ran a piece on April 13 which quoted Nguyen Thi Ly, 34-year-old mother of three, who stated that the rice ATMs have been invaluable to her family as one bag of rice is enough to feed her family for an entire day.

Elsewhere, the website Red Fish has hailed the initiative, noting that the rice ATM machines are capable of feeding the poor amid the lockdown which has been implemented to slow the spread of the COVID-19 epidemic. 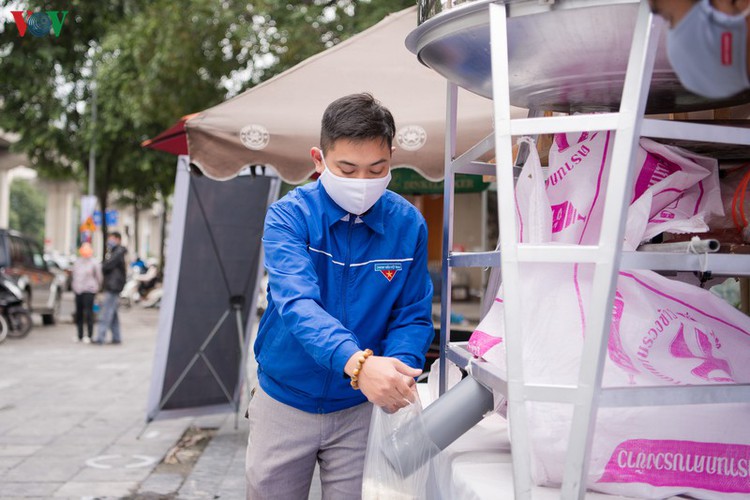 The opening of the machine has been jointly arranged by Ha Dong district’s youth union and Toan Thang joint stock company. 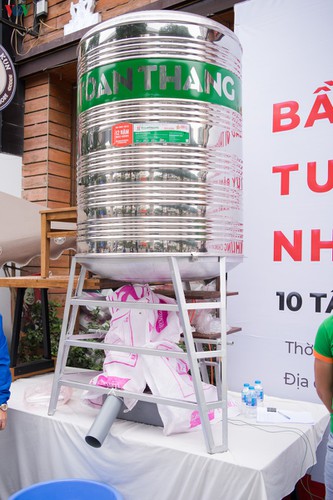 The rice ATM machine is now in operation at 8 Quang Trung street in Ha Dong district. 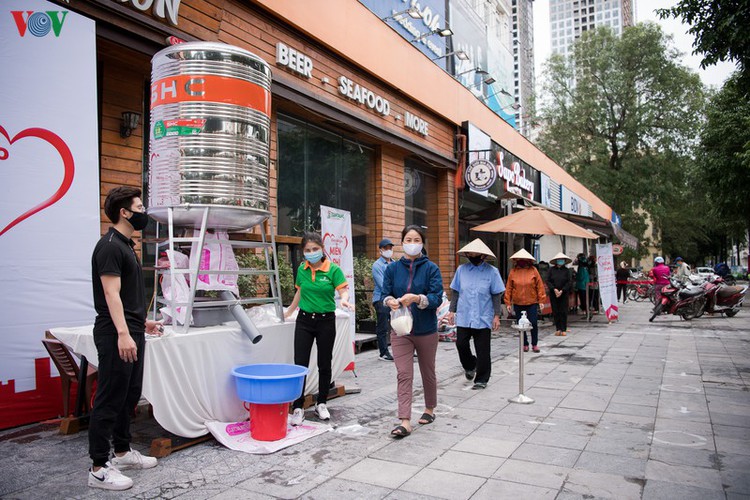 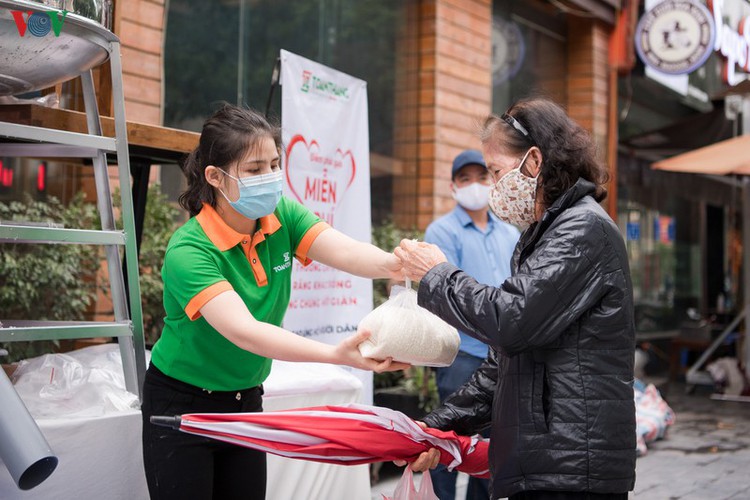 When using the machine, each individual is permitted to take 1.5kg of rice. 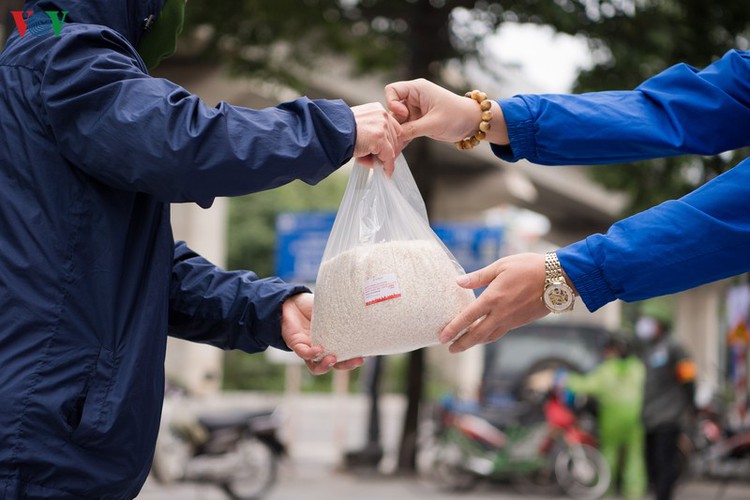 Bags of rice are given to disadvantaged people to support them and their families. 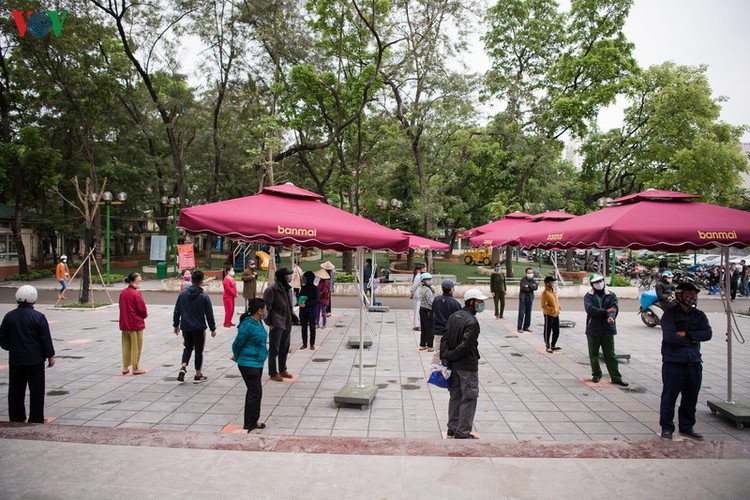 According to the organisers, over four tonnes of rice was successfully delivered to approximately 1,500 people on April 12. 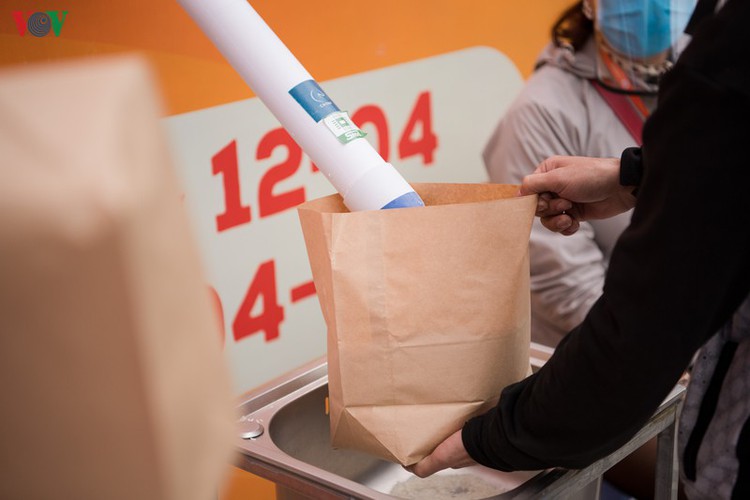 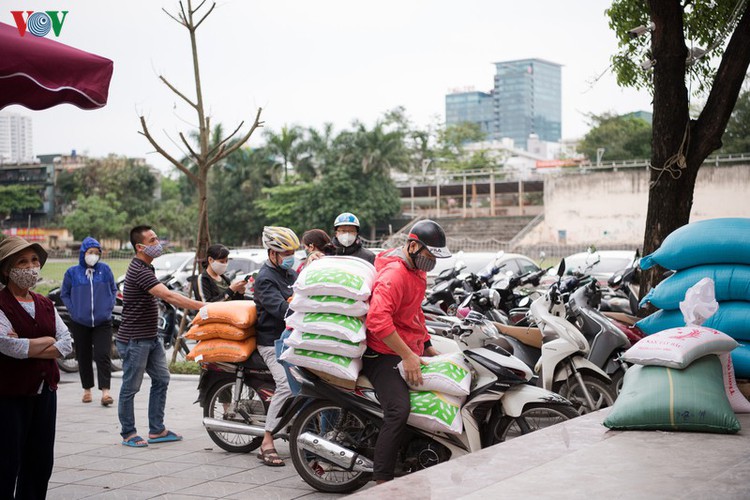 Numerous benefactors have donated to make the running of the charity programme possible. 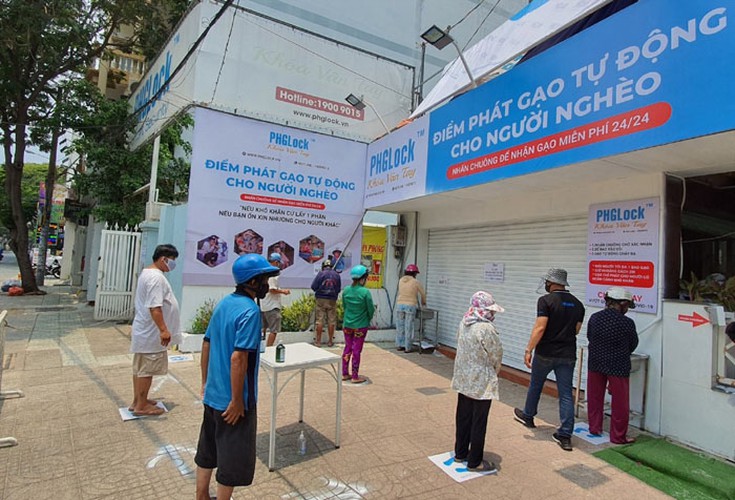 In Tan Phu district of Ho Chi Minh City, news of the installation of the rice ATM has spread, resulting in long lines of people waiting to receive free rice. 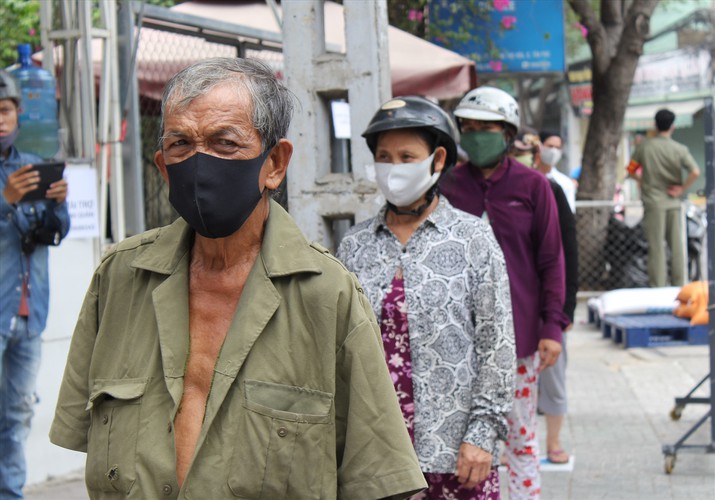 Hoang Tuan Anh of Tan Phu district has worked to create a machine to aid disadvantage people overcome the difficulties brought about by the impact of the COVID-19. 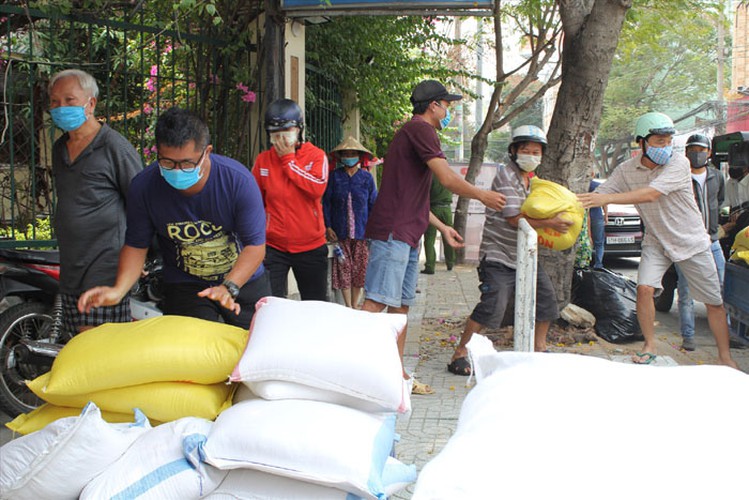 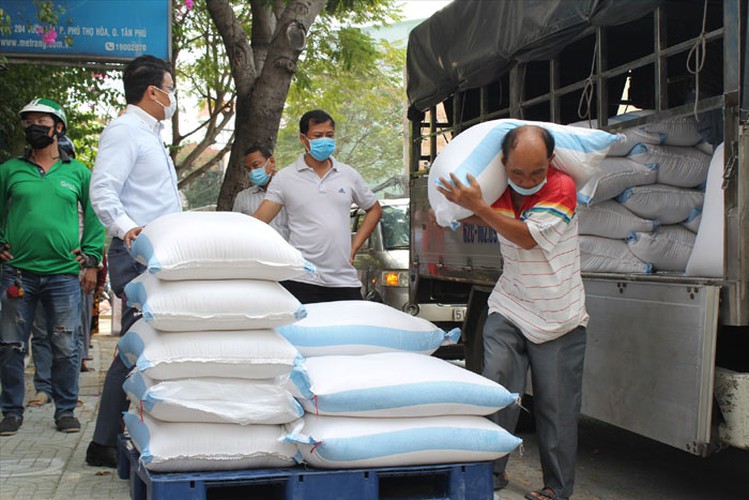 A number of charitable people bring 50kg or 100kg of rice to donate to the cause, with some even using trucks to bring rice to the ATM machine. 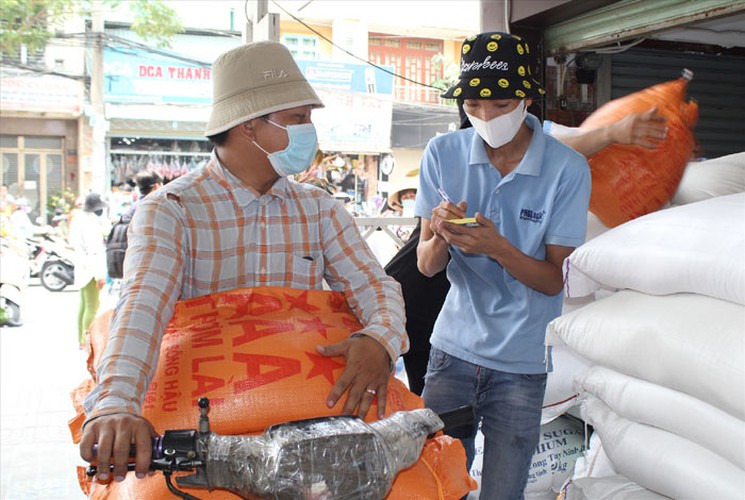 The charity team’s members record information about each of the benefactors. 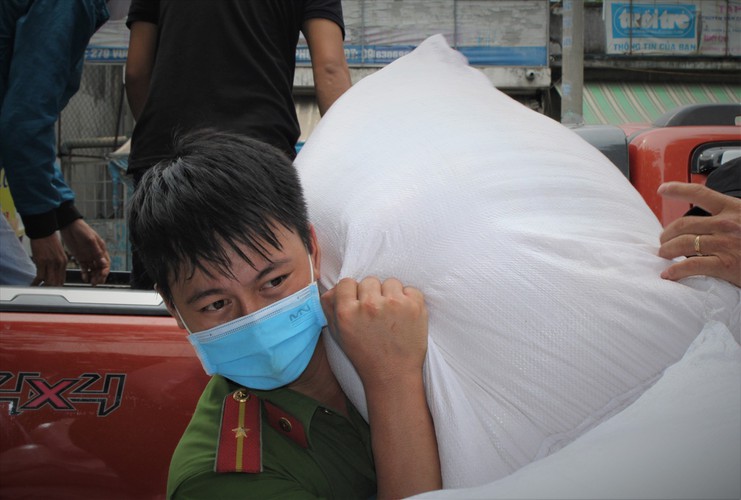 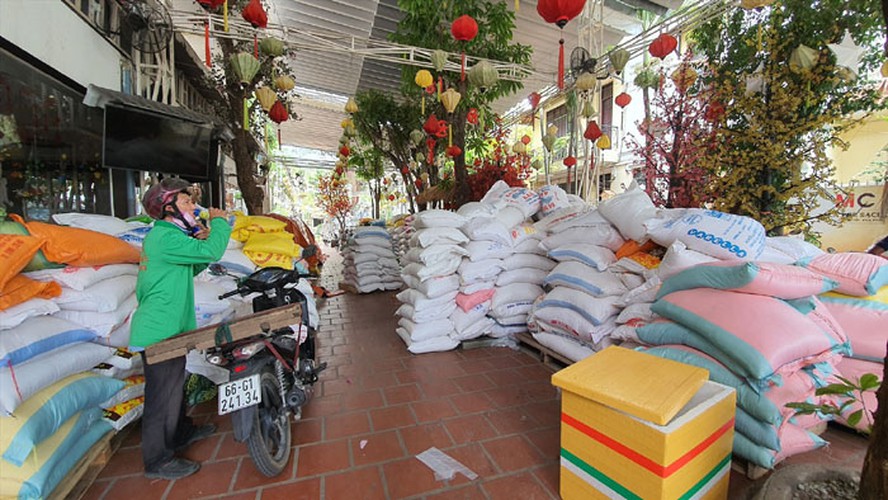 The ground is full of rice for the machine. 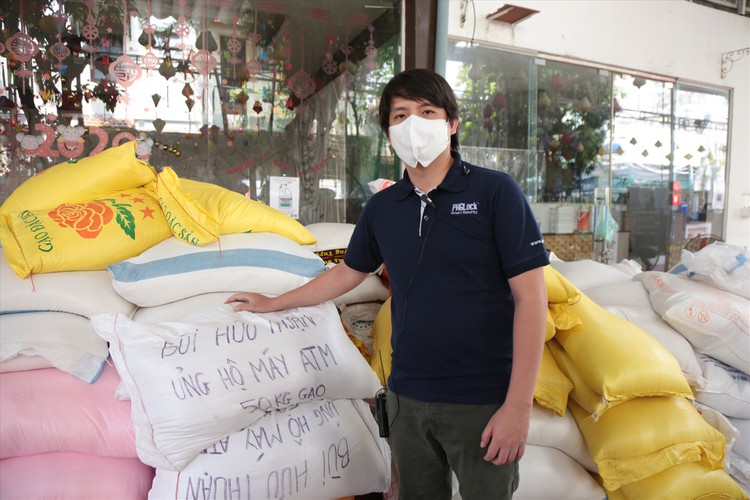 Hoang Anh Tuan, the creator of the rice ATM machine, says he has received a large quantity of rice so far. He is delighted because many people have united in the effort to help deprived people overcome the effects of the COVID-19 epidemic. 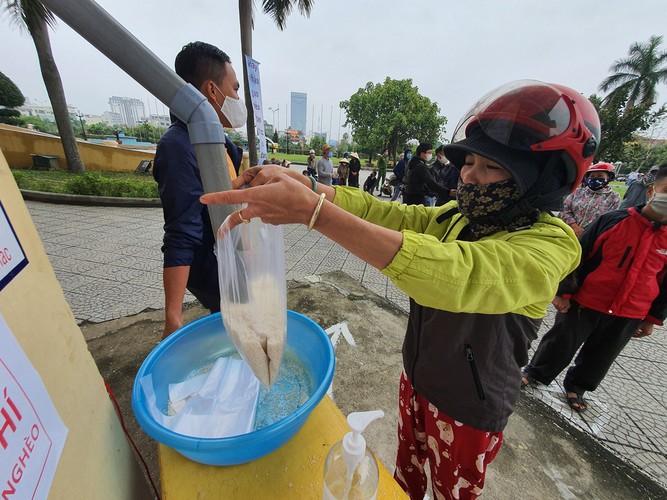 Three rice ATM machines were put into operation in Hue in the central province of Thua Thien-Hue on April 14. They are located on Nguyen Tri Phuong, Ha Huy Tap, and Nguyen Hue streets. 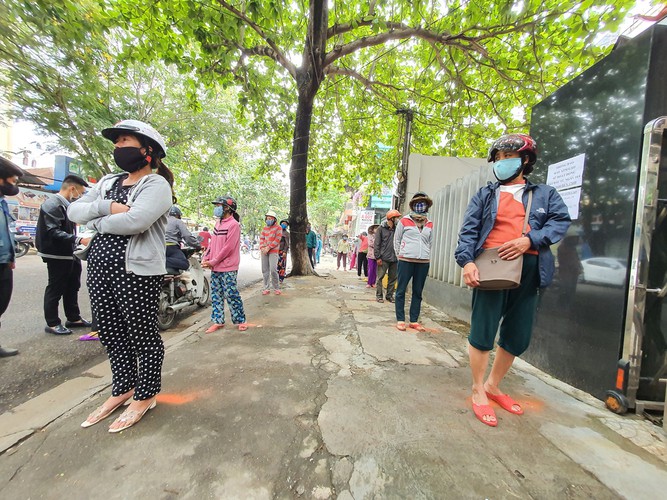 People queue up two-metres apart on Nguyen Tri Phuong street as they wait to receive rice. 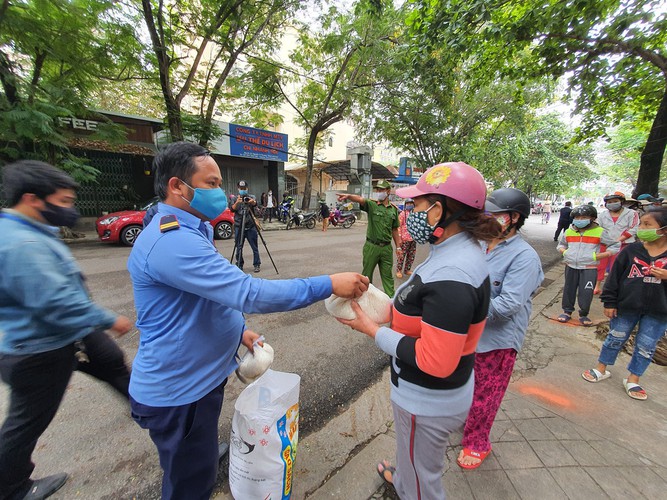 Each person is given an allowance of two kg of rice from the charity programme.

Donors in the central city of Hue have set up a 'rice ATM' in the city to help underprivileged people that have been impacted by the COVID-19 pandemic.