Saigon Hi-Tech Park (SHTP) has become one of the ideal destinations for high-tech investors through the presence of the world's leading multinational technology corporations, such as Intel (US), Nidec (Japan), Sanofi (France), and Datalogic (Italy). 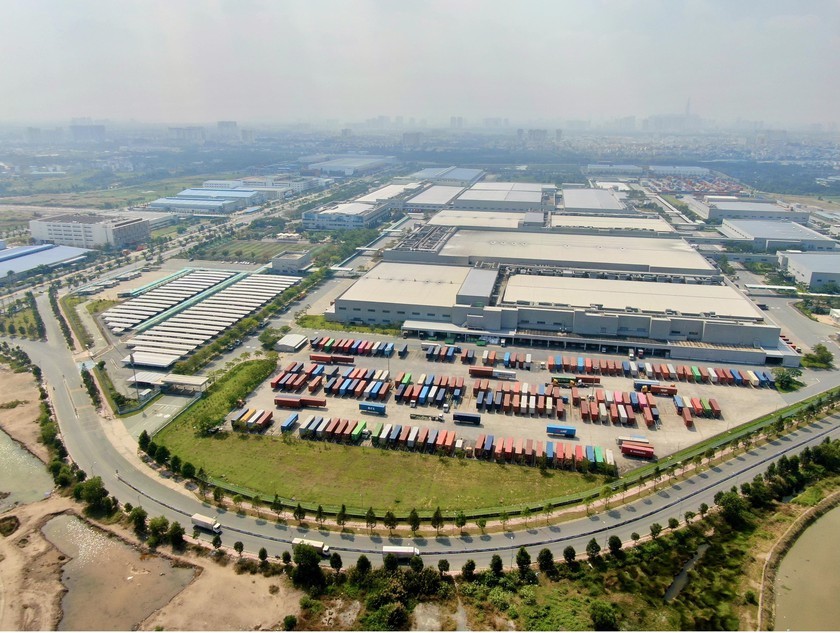 When the Covid-19 pandemic was complicated in Ho Chi Minh City, in July 2021, there were still 85 active enterprises in SHTP with about 25,000 employees, accounting for 50 percent. Right after the city was about to enter the new normal state, in November 2021, SHTP-based enterprises began to restore production, rushing to complete the year's plan. In 2021, the gross output of high-tech products of SHTP was estimated at US$22.5 billion; export value reached $97.704 billion, and import value $89.72 billion.

Ms. Ho Uyen, Corporate Affairs Director of Intel Product Vietnam Company (Intel Vietnam), said that during the stressful time of the pandemic, Intel implemented the two-on-site, one-green-zone option, similar to the four-green solution that HCMC guided. Intel Vietnam carried out step by step with a group of 10-30 people in two weeks, screening from non-blockade areas, pandemic-free areas, and even renting hotels as accommodation for employees when adopting the two-destination, one-route solution. “It was an unforgettable period, marking many efforts from businesses, laborers, and medical organizations. SHTP also strived to create assurance for investors, especially FDI enterprises,” Ms. Le Bich Loan, Deputy Head of SHTP Management Board, said.

Despite many difficulties, SHTP has still attracted many new projects. Most recently, SHTP has granted investment licenses to two FDI projects, including a project of the US Arevo Company to build a 3D printer factory to produce carbon fiber reinforced polymer materials for 3D printing, with a total investment of $19.5 million.

The other is a project of SNST&Finger Vina Company (South Korea) in the field of integrated electronic circuit design, with a total investment of nearly $1 million. Assoc. Prof-Dr. Nguyen Anh Thi, Head of SHTP Management Board, said that although the Covid-19 pandemic had caused many difficulties, SHTP still maintained its production activities well and strived to bring the gross output of high-tech products to about $25 billion in 2021.

In the 2021-2025 period, SHTP is expected to lure a total investment of about $3 billion with more than 50 high-tech projects. By 2025, SHTP will have completed and put into operation construction works belonged to scientific space zones, commercial and service functional areas, and housing areas for experts, and synchronously connect infrastructure with neighboring areas, especially the metro line No.1 Ben Thanh - Suoi Tien, to contribute to developing SHTP into the most ideal environment for living, learning, and working of the highly interactive creative urban area in the East of HCMC.