Ms. Lang Tran has travelled to many cities in Vietnam, Japan, France and Indonesia for no more than VND800,000 (US$35) a day.

She has spent about 400,000 VND a day on domestic trips, and around 800,000 VND a day while visiting foreign countries (including flight tickets, food, drinks, transport).

“I have always wanted to travel around the world, interact with other people, learn about cultures ever since I was a child. But I had no money at that time. However, as I could not wait that long to earn enough money, I decided to travel in an economical way,” Ms. Lang said.

When she was a university student, she took trips to western provinces such as Ben Tre, Dong Thap. When she had a stable source of income, she went farther, to Phan Thiet, Da Lat, Da Nang, Northern region, and then foreign countries.

In 2021, Ms. Lang decided to study in France. This was an opportunity for her to travel around Europe – a place that she has always wanted to go.

She is studying for a master’s degree in Business Management in France. After finishing her first semester, Ms. Lang Tran decided to go on a trip to relax.

“What I love most while studying in France is that there are holidays that last for at least a week, sometimes even a month, which is suitable for travelling. I chose to look a snowy mountain when I had a winter break after my first semester,” she said.

As she had never seen snow, she decided to go to Semnoz Mountain (Annecy) when she heard snowfall was expected.

She had to plan carefully for the trip as she and her friends had a tight budget. To be able to follow their timetable, they decided to go by car.

“Because I was aware that the cost of food and drink in Annecy was expensive, I decided to bring some cookies and fruits from home. While trekking, I put some cookies and a chocolate bar in my bag to regain my energy.”

This was the first time she had trekked across a snowy mountain. She did not rent equipment to travel through the fields. As a result, she frequently fell into snow holes.

In the past, she always attempted to trek as fast as possible, so she was unable to enjoy the splendid scenery around her. But she opted to trek slower to observe the magnificent surroundings. She also started to communicate more with other people, even strangers, to get to know more about the culture and geography.

She went back to Annecy after coming down from the mountain to visit Annecy Lake, Annecy Canal and Annecy Old Town. Later that evening, she ended her trip, after spending only 30 Euros (about 800,000 VND).

Visiting costly countries without much money

Besides the trekking trip, she has also travelled to Bali and Java (Indonesia) with only 12 million VND. In 2019, she spent 14 days wandering around Japan at a reasonable price.

During her journey to Japan, she went from Tokyo to Osaka. Instead of getting on a bullet train, Ms. Lang and her companion decided to adopt a cheap way of travelling – hitchhiking. To communicate with Japanese residents, she had to draw. She drew the name of the destination on a piece of paper and stood at the side of the road while showing the paper to get passing cars to stop.

Throughout her trip in Japan, she met lots of hospitable residents and young adults who had spent two years traveling around the globe. She visited stunning destinations, tried traditional dishes… “I never forgot to invite people I met during the journey to visit Vietnam,” Ms. Lang said.

Her low-cost trips have helped her gain more knowledge, experience and unforgettable memories. 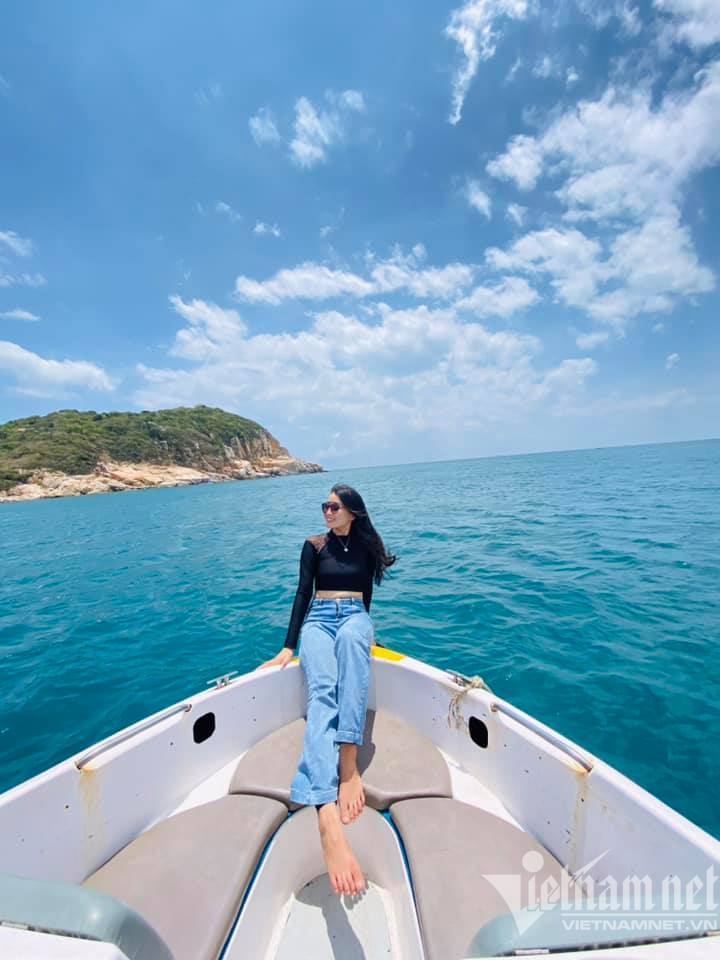 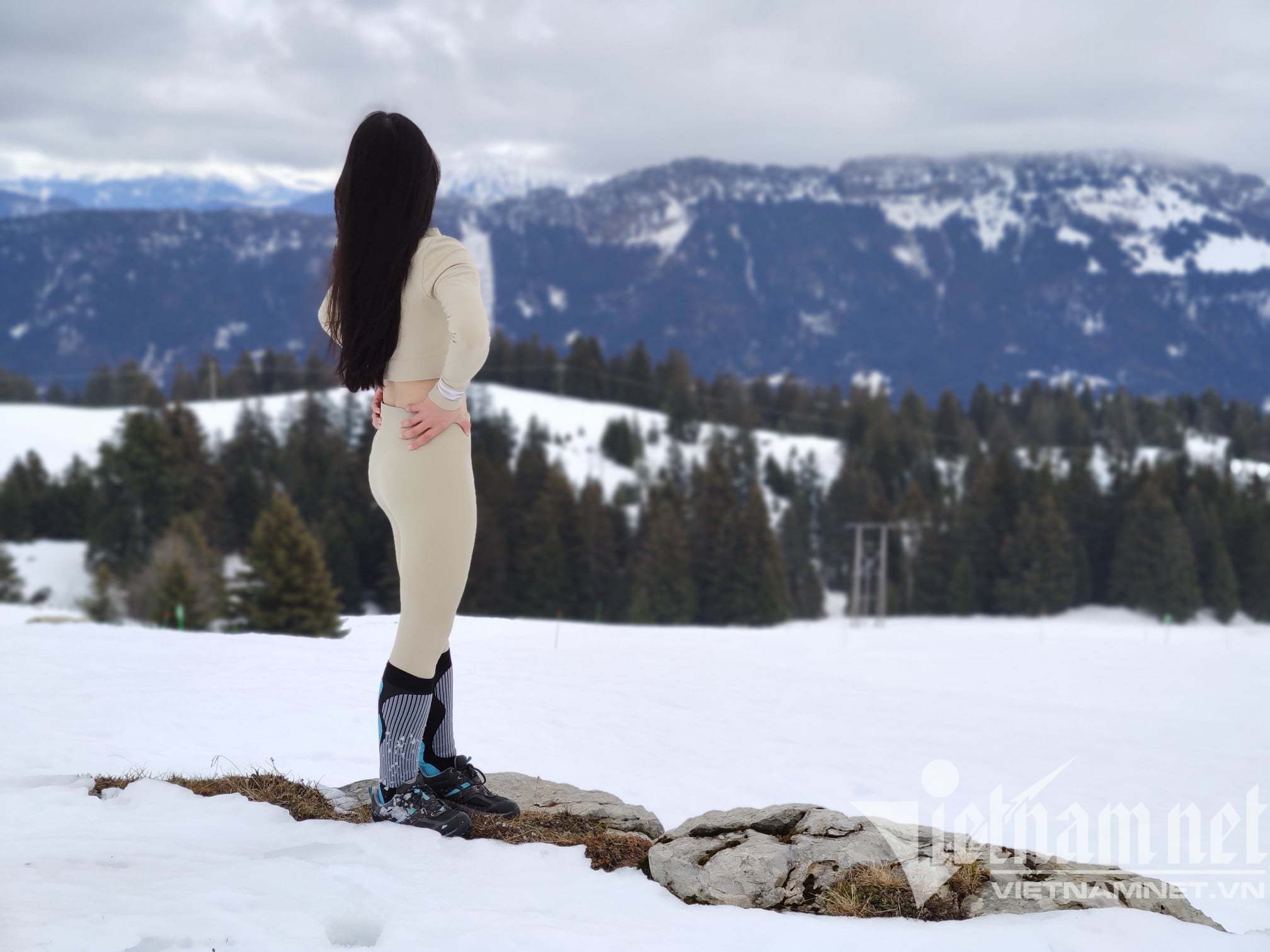 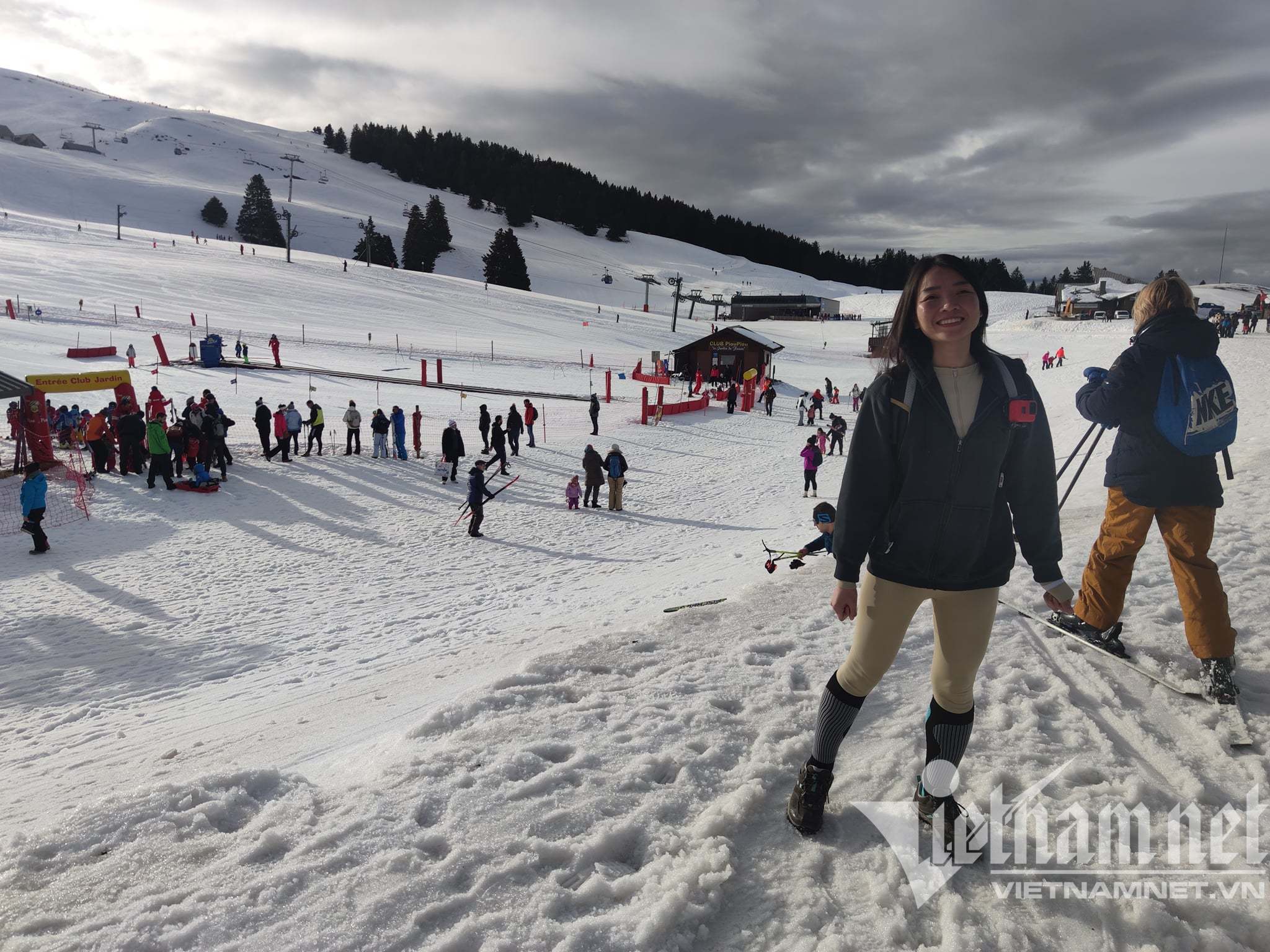 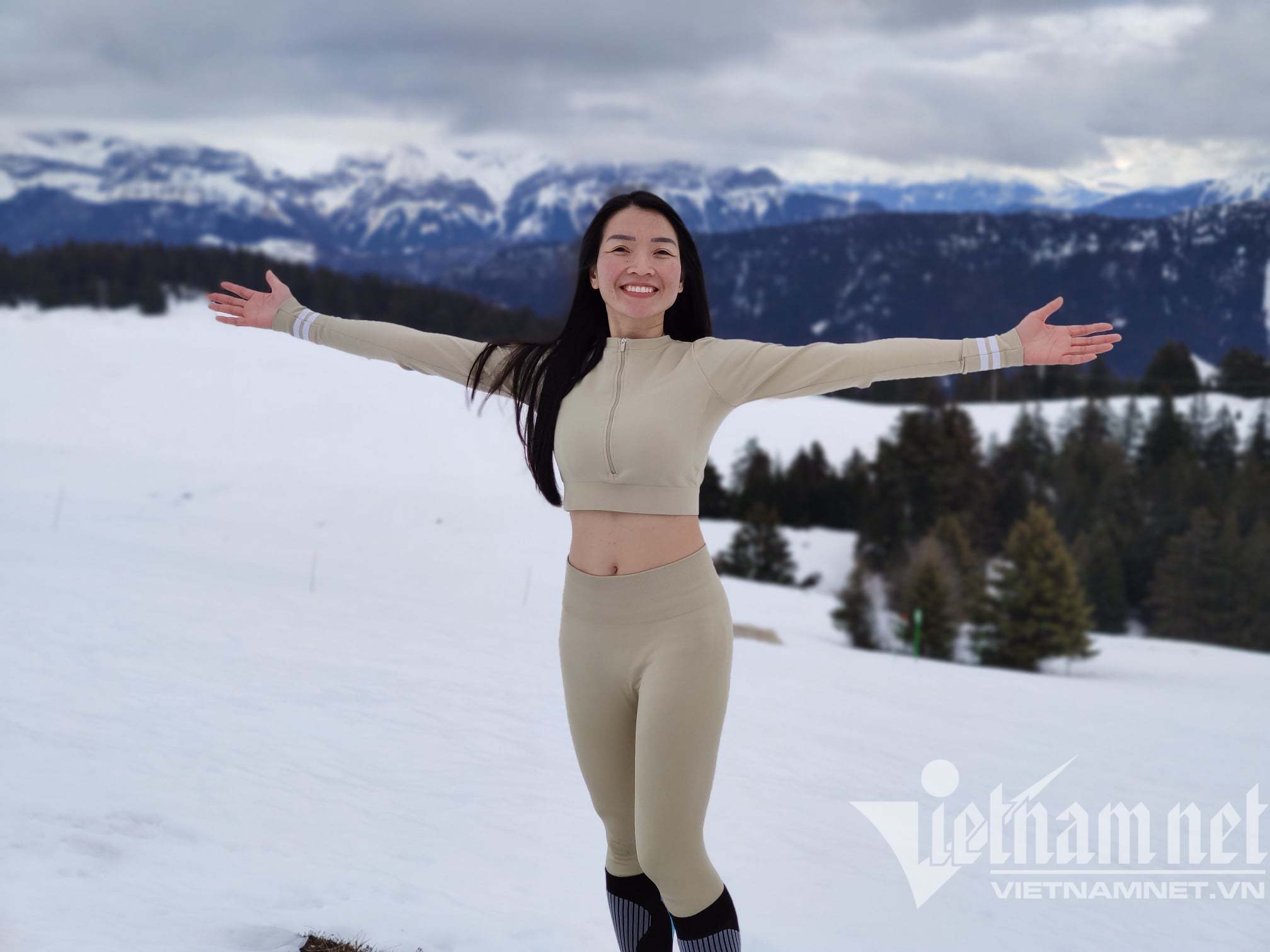 Lang was delighted to reach the peak of Semnoz Mountain. 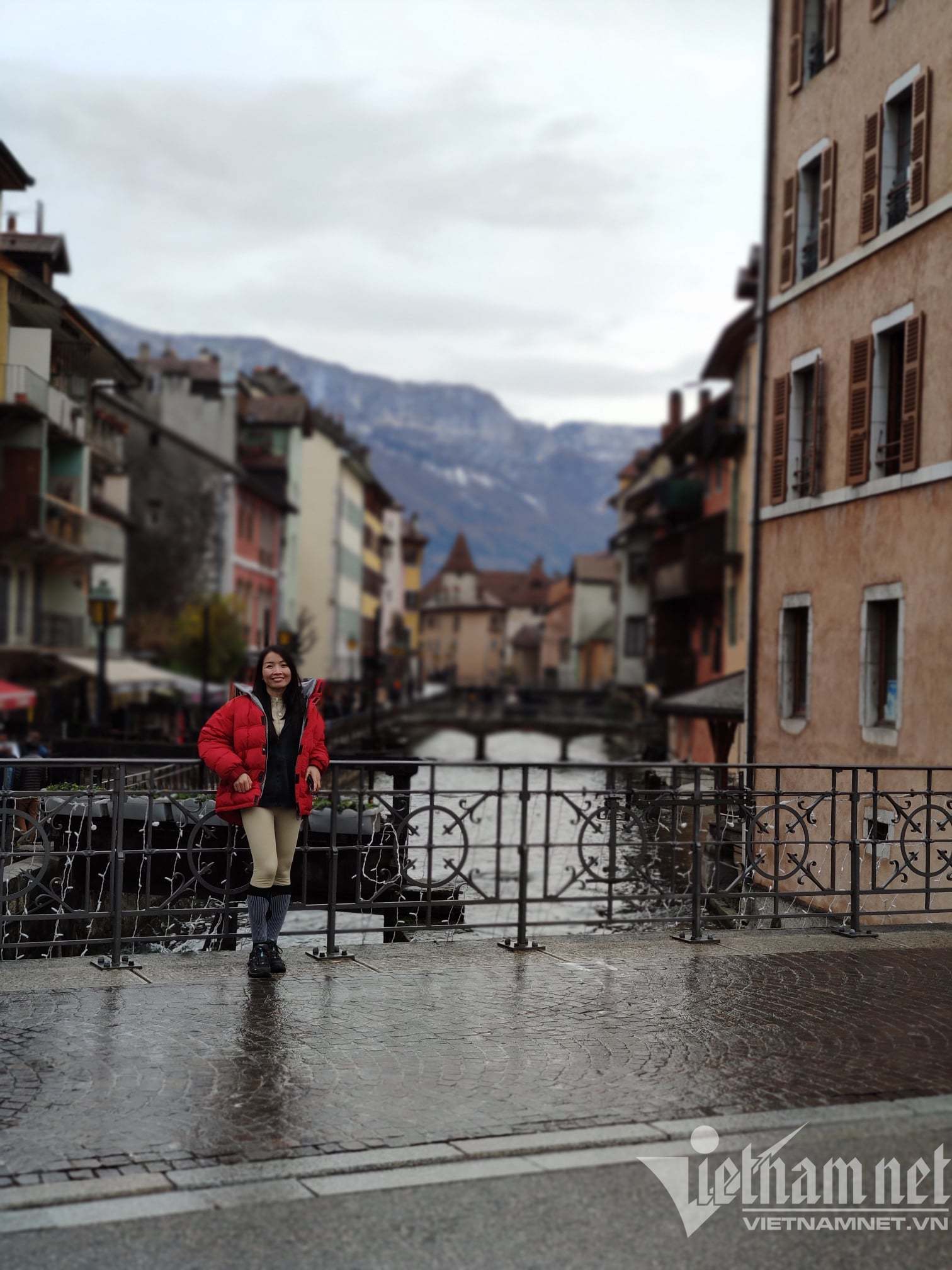 She made use of her time to tour Annecy. Lang Tran during her journey to Indonesia. 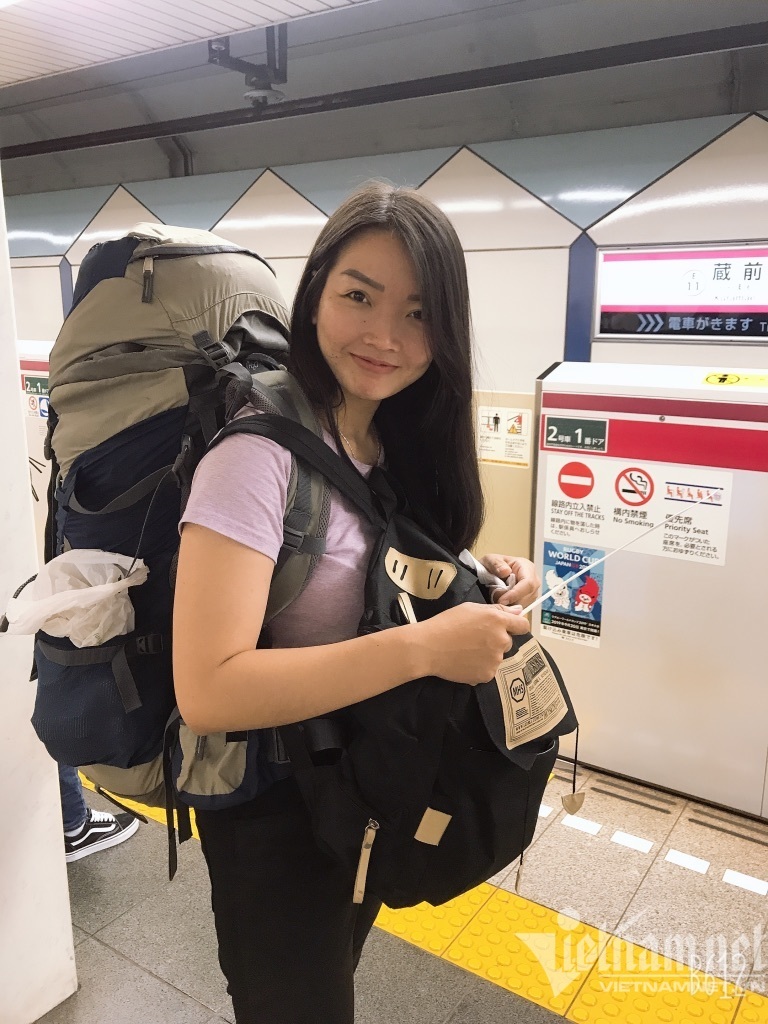 She spent 14 days roaming around Japan. 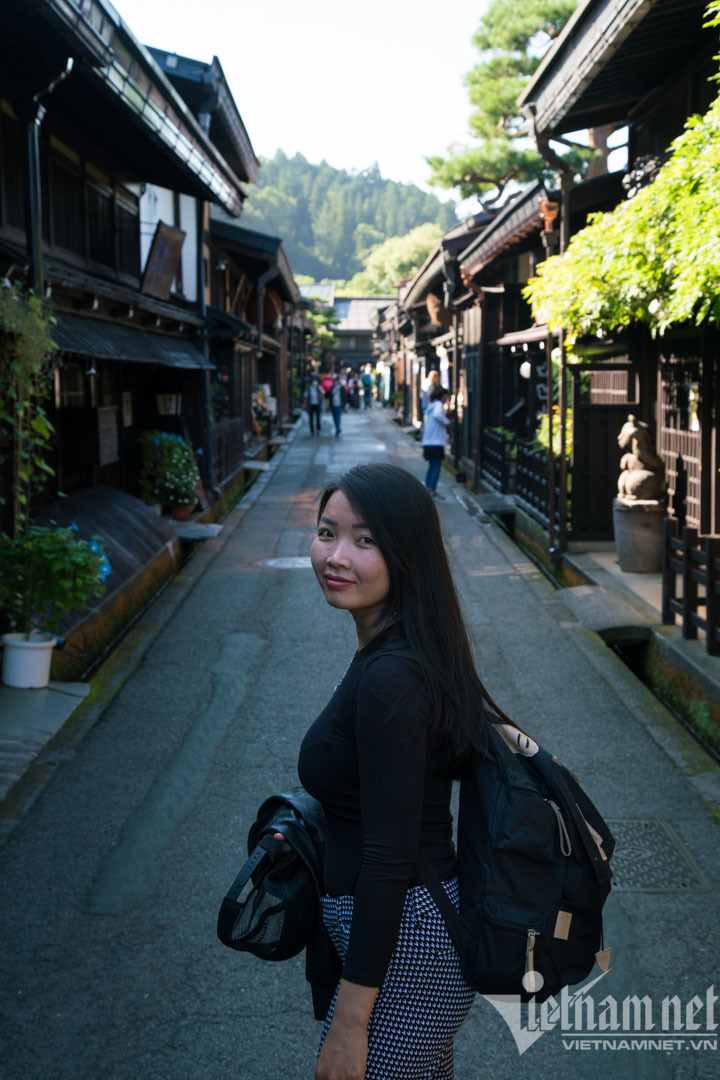 Young man tours 30 countries and 150 cities on a budget