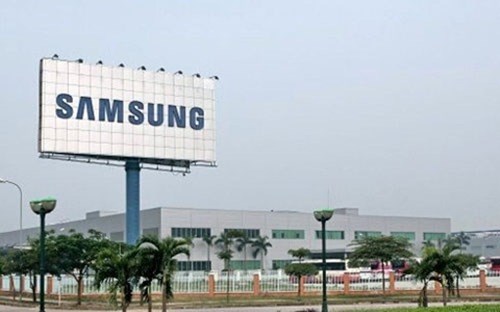 Samsung has recently asked for three privileges which have not been given to any investors. It claimed the corporate income tax exemption for 30 years the day it makes a profit and asked for $15.5 million worth of tax for a project in HCM City.

Moreover, Samsung said it wants to have a specialized port at Noi Bai Airport to facilitate the imports and exports of the company.

Some analysts commented that Samsung knows that it is a large investor which Vietnam wants to attract; therefore, it always tries to haggle over investment incentives to minimize its investment rates.

To implement Samsung Electronics CE Complex project capitalized at $1.4 billion, Samsung has demanded an import tax exemption on import building materials, import tax exemption on  materials and components to serve production for five years when the project begins, or until the day when Vietnam has to cut tariffs to zero percent as committed under ATIGA (ASEAN Trade in Goods Agreement).

As for SEVT2 project in Thai Nguyen province with total investment capital of $3 billion, Samsung claimed  preferential corporate tax rate of 10 percent for 30 years the day it makes profit;  corporate income tax exemption for four years the year SEVT2 has taxable profit, and a 50 percent tax reduction in the next nine years.

The investment incentives demanded by Samsung for its project in Bac Giang once stirred up the public. However, ignoring the protest from the public, local authorities still decided to satisfy Samsung’s requests, reasoning that they hoped Samsung’s project would serve as an impetus for the development of the local economy.

Samsung’s continued claims have raised big worries among the public, which has called on the government to restrict such requests by big foreign investors.

What will Vietnam gain if it accepts special preferences for  Samsung?

It is obvious that state budget revenue will be affected because of the expected low tax collection from Samsung.

In 2012, Samsung paid VND680 billion in tax to the state, including contractor withholding taxes, after deducting VND2.52 trillion worth of tax remission.

Vietnam hopes that the presence of Samsung in Vietnam would allow Vietnamese  enterprises to join Samsung's global production chain.

However, Vietnam cannot enjoy this because of the limited capability of Vietnamese enterprises.