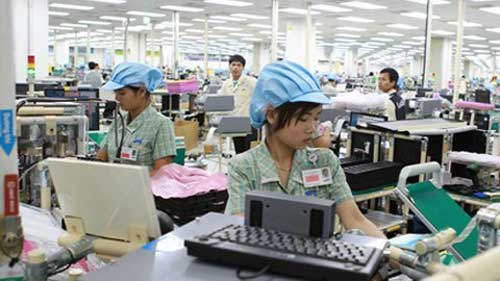 They thought this would be a golden opportunity for the nation’s domestic businesses to get a ground floor opportunity to win business from the manufacturing giant based in the RoK.

Once completed, the facility would operate alongside another US$2 billion plant the company already had placed in operation, marking a definite shift of production away from China.

Manufacturers in the electronics industry run on extremely tight margins and even the smallest of cost savings by relocating to Vietnam and taking advantage of the lower labour costs versus China represents a substantial competitive advantage.

In addition, the Vietnam government had previously said Samsung's smartphone assembly lines would not need to pay corporate taxes for four years, and only half the normal rate for the following nine years should the firm meet the terms set out in its investment applications.


Previously in 2014, Samsung Electronics, Samsung Display and Samsung Electro-Mechanics had all revealed plans to establish factories in HCM City, where they intended to make televisions, washing machines and air conditioners.

Now just a short two weeks after Samsung commenced construction of a research and development complex at the Hi-Tech Park in District 9, the first domestic business has successfully qualified as a supplier for the project.

Le Hoai Quoc, head of the management board of the Hi-Tech Park said this is great news and represents the first domestic business selected out of a total of 100 that were competing for the status of a supplier.

The Hi-Tech Park is now working closely with another 20 domestic businesses that have been shortlisted by Samsung to get them fully certified Quoc said, though he readily admits the task is an uphill struggle and many difficulties lie ahead.

For Samsung’s smartphone factories in Vietnam’s two northern provinces of Bac Ninh and Thai Nguyen it comes down to a lack of experience on the part of domestic businesses.

When one starts talking about electronics and things such as UHD, LED, LCD, smart and all the various electronic products its mind boggling Quoc said and then add to that the nuances of the television, washing machine and air conditioning industries in the south.

The simple fact of the matter is that domestic businesses don’t have the requisite knowledge and experience right now—but that will all come with a lot of hard work and the passage of time, he stressed.

They also don’t have the facilities and equipment to produce the quality of product on the timely and consistent basis that Samsung demands, Quoc added, which in turn requires huge investment dollars.

Right now domestic businesses are meeting the qualifications for producing packaging and plastics for Samsung, which is a major step forward, but they aren’t in a position to manufacture parts required for the assembly lines.

The result showed that 90% of them couldn’t meet the demand of foreign businesses on prices, the remaining 10% were cost competitive but they had low-quality products and their management skills were not up to snuff.

The most important thing for businesses is to modernize and install the latest in technologically advance machinery and equipment to insure a high-quality product produced on a consistent basis, Anh said.

He suggested that initially, domestic businesses just get their foot in the door by accepting a position working as a sub-supplier for a qualified supplier to gain experience and seek ways to attract more investment in the longer term.

The state could do a lot to create more favourable conditions for them to attract investment or credit by controlling interest rates of loans and creating alternative financing arrangements more conducive to their needs, he stressed.