The State Bank of Vietnam (SBV) has proposed that commercial banks not be allowed to provide preferential loans to low-income people seeking to purchase, lease and lease-purchase social houses. 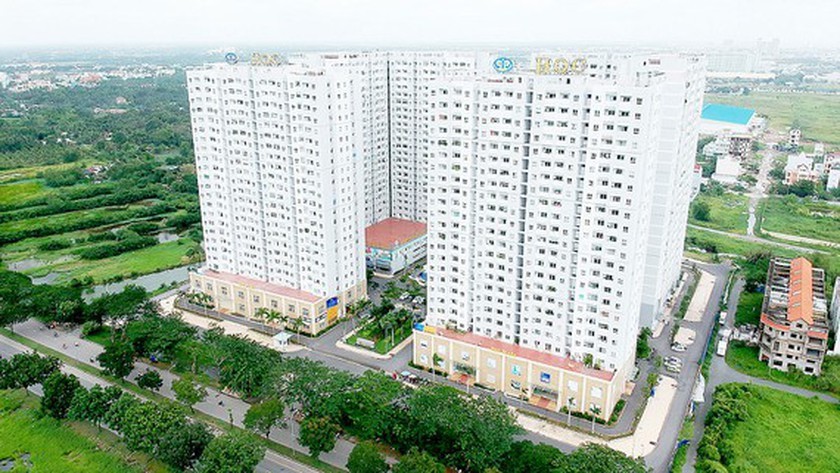 The proposal is part of draft amendments to the central bank’s Circular No.25/2015 on instructions for concessional loans for social housing.

Specifically, people who want to purchase, lease or lease-purchase will only be able to borrow money at low-interest rates from the Vietnam Bank for Social Policies (VBSP).

The rationality for the amendment, according to the central bank, is to make it suitable to the current Housing Law 2014, which stipulates that the VBSP is the only source of funds for social housing seekers.

Le Hoang Chau, chairman of the HCMC Real Estate Association (Ho REA), said that in the 2015-20 period, few low-income earners were able to access preferential lending to buy social houses, due to a shortage of supply and slow allocation of capital from the State budget for commercial banks to disburse.

Therefore, the draft amendment, he said, would negatively affect the State’s policy of offering long-term concessional loans to home buyers at low-interest rates.

Low-income people will therefore be deprived of opportunities to buy, rent or rent-buy social houses. This in turn will mean that the State’s target of ensuring social security might not be met.

From the perspective of project investors, Dinh The Quynh, Deputy General Director of Hai Phat Land, said to BizLive news that many investors had not been keen on social housing projects, due to complicated licensing procedures and low benefits, leading to the short supply of social housing.

Thus the amendments might further discourage investors, as it would be more difficult for people to acquire cheap capital, especially when it had already been difficult to obtain loans from VBSP.

From 2018 to 2020, the funds lent to social housing buyers reached VND1.26 trillion (US$55.7 million), equivalent to only 12 percent of the State funds allocated to VBSP for the social housing development purpose.

Dang Van Quang, general director of Thai Nam Real Estate Business and Management Joint Stock Company, however, said the draft amendment was quite reasonable because it would be unlikely to affect many people.

Instead of trying to get a loan from many different commercial banks, people would instead go to one place – the VBSP. In nature, the amendment would not change the source of capital as the capital for lending social housing buyers would still be from the State budget, Quang added.

While VBSP would be the only source of funds for the social housing buyers, it would have to operate more actively and openly to make it easier for people to access this cheap capital, he stressed.

According to economic expert Dinh The Hien, policies on social housing change in line with targets of social security and welfare programs, but are not subject to the financial law. Therefore, it is time to separate the commercial banking system from the policy of social housing development.

It is necessary to continue preferential loan deals for social housing programs, but commercial banks should be withdrawn from the program and this responsibility should be assigned to VBSP or Housing Development Fund, Hien said.