To minimize the number of school accidents, there must be a reasonable framework with strict and clear discipline, and if necessary, cases must be brought to court for criminal proceedings, experts say.

Accidents are more common in developing countries, but not because of the gap between the poor and the rich, but because of people’s awareness. 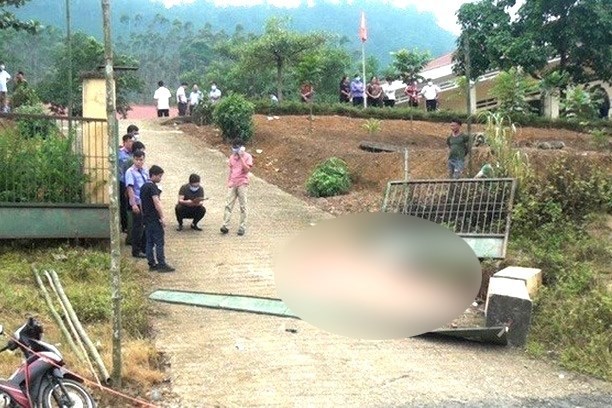 The gate of the school  collapsed, killing three students

There are no official statistics about the number of school accidents, but experts believe that Vietnam is among the countries with relatively high number of accidents. From mid-2019 to now, dozens of accidents occurred, causing deaths and injuries.

On May 6, 2019, at a secondary school in Da Bac Town in Hoa Binh province, a concrete pillar of more than 3 meters in length fell from the 2nd floor, severely injuring two students.

On August 6, 2019, Le Hoang L, a first grader of Gateway School in Cau Giay District in Hanoi died from being accidentally left on a shuttle bus (according to the court's conclusion).

On October 24, 2019, Hoang Gia H, a second grader at Tuy Lai Commune Primary School in My Duc district, Hanoi, when playing with friends during the break time on the lawn behind the classroom, was electrocuted.

On May 8, 2020, Nguyen Tuan A, a ninth grader of Quyet Thang Secondary School in Hai Duong province, tried to cut tree branches as per the request of the school, suffered an electrical shock, and died after being taken to the hospital.

On May 26, 2020, an old tree in the school yard of Bach Dang Secondary School in district 3 in HCM City fell, causing one death and 12 injuries.

Who is to blame?

The irresponsibility and negligence of adults caused the heart-breaking accidents.

In the case of Quyet Thang Secondary School, the leaders of the school made an arbitrary decision when asking students to fell tree branches. The students, when doing this per the request, did not have any protective equipment.

The cases of the concrete pillar falling from the second floor in Da Bac Town and the student being left on the bus show the carelessness and irresponsibility of teachers and officers at the schools. The gateway collapsed because of the low quality of the construction work.

The Hanoi Department of Education and Training has required local schools to hold short and solemn opening ceremonies for the new school year to both create a jubilant atmosphere for students and ensure observance of epidemic control measures.