With her initiatives and great efforts to help protect the environment, Nguy Thi Khanh has become the first Vietnamese Climate Breakthrough Project awardee.

Born in Bac Giang, near a thermal power plant which emits smoke all year round, Khanh witnessed many people suffering from cancer and understood the misery of not living in a clean environment. 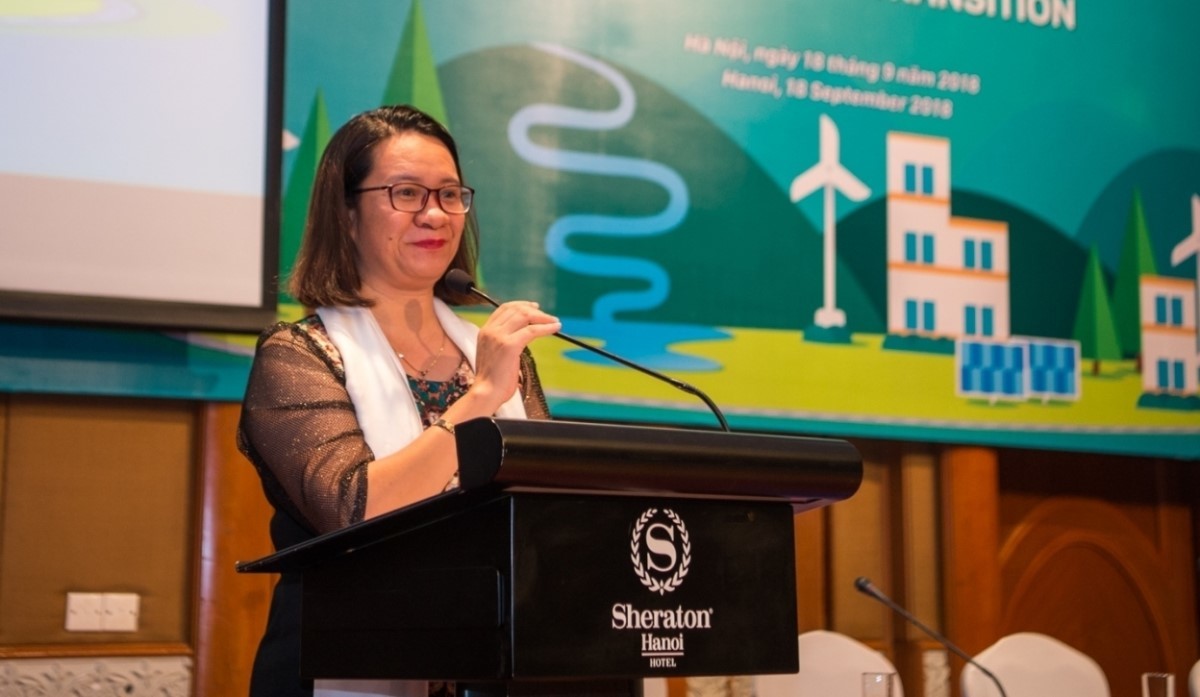 In 2011, the government of Vietnam made public the energy development plan for 2011-2020 with a vision until 2030, or Plan No 7, which estimated that 75,000 MW of electricity would be generated by coal firing until 2030. In the same year, Khanh set up Green Innovation and Development Center (GreenID) to enhance the use of green energy in Vietnam.

Khanh read documents and was impressed by the information that 40 percent of the global greenhouse gas emissions was created by coal. She felt concerned about the plan to rely on coal to develop thermal power in Vietnam.

In 2013-2015, Khanh joined forces with energy experts and colleagues to carry out research works and organize a series of workshops to discuss the problems of Plan 7.

The great efforts by Khanh and co-workers brought encouraging results. Khanh and her team were invited by the Energy Institute to join forces to re-draw the power development plan.

In the amended Plan 7 released in 2016, the government cut a number of coal-fired power plants compared with the previously drafted plan, while increasing the proportion of wind, solar and biomass power plants to 21 percent of total electricity sources by 2030.

Khanh studied international relations at university with a plan to become a diplomat. After graduating from university, she worked for an NGO, participating in projects on community development, women and orphan assistance, social integration, the environment and clean water development.

When implementing projects related to water source protection, she met communities of people who had to leave their homes with no job to make room for hydropower plants. She began thinking about ways to develop energy without causing a bad impact on the environment and the community.

Khanh and her co-workers put forward LEP initiative, or local energy planning, in which people and authorities build plans together to solve energy issues in their localities, with experts’ technical support.

Vietnam to develop a master plan on environmental monitoring system

Vietnam is planning to develop a master plan on an environment and natural resource monitoring system to better prevent natural disasters and protect the environment.

The Ministry of Natural Resources and Environment has asked all cities and provinces to focus on correctly disposing discarded face masks, especially in quarantine sites, in an attempt to stop the spread of COVID-2019.