The Centre for Environment and Community Assets Development (CECAD) and the Finnish Embassy in Vietnam have signed an agreement to fund a project improving communications capacity to cope with climate change in the Mekong Delta.

The signing ceremony took place in the Mekong Delta province of Tien Giang on July 2.

The two-year project, carried out by CECAD via support from the embassy’s Fund for Local Cooperation from July 2020, will total 160,000 EUR (180,400 USD) and benefit Tien Giang, Ca Mau, Kien Giang, Ben Tre, and Long An provinces.

CECAD Deputy Director Le Thi Van Hue said the project is expected to support goals under the Vietnamese Government’s Resolution No 120/NQ-CP on the sustainable development of the Mekong Delta in adaptation to climate change. It will also improve the communications capacity of relevant agencies and raise public awareness about saltwater intrusion in the region.

Activities in the saltwater intrusion response model will be piloted in Tien Giang.

The project directly targets local communities, poor households in remote and mountainous areas, and those hard hit by saltwater intrusion and the lack of water for daily use. District and provincial authorities, mass organisations, provincial hydro-meteorological centres, and irrigation branches will benefit indirectly.VNA 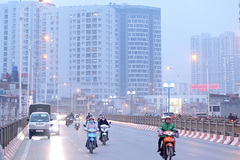 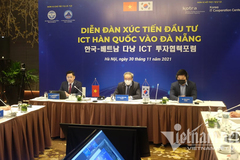