The list honors scientists and leaders whose studies contribute to solving the world's urgent issues, including the prevention of Covid-19.

Those named on the list must have had a national or international award in 2020. In addition, they must have significant achievements in scientific discovery or be a leader in the domain of learning. 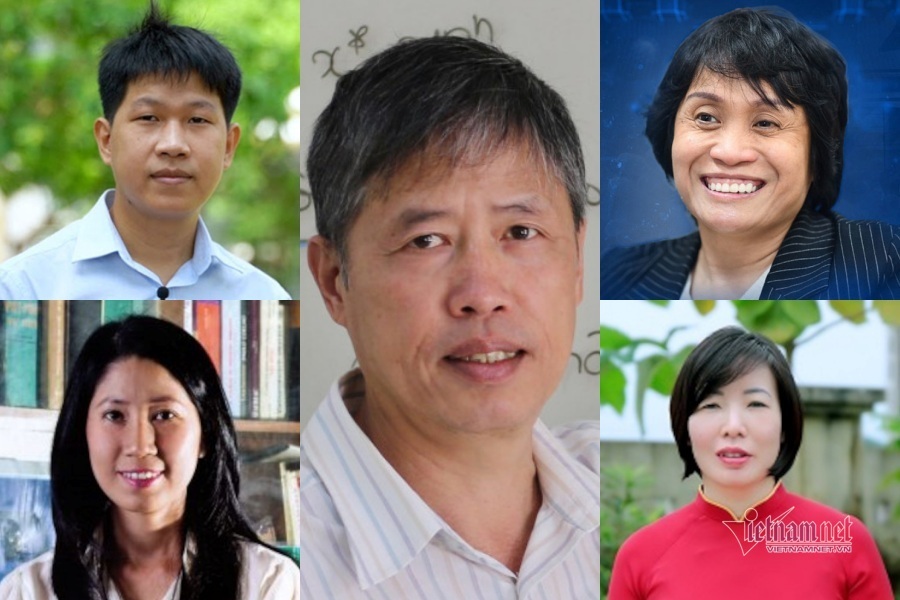 Assoc. Prof., Dr. Tran Thi Thu Ha was honored in the field of agriculture. Ha was the winner of the Kovalevskaia Award 2019 for her research on propagation and intensive cultivation of medicinal plants, and development of local medicinal plants.

Two scientists were honored in the field of biomedical science. Assoc. Prof, Dr. Vuong Thi Ngoc Lan was one of three recipients of the Ta Quang Buu Award 2020 for a study that compared the methods of transferring fresh and frozen embryos for in vitro fertilization. Assoc. Prof., Dr. Le Thi Quynh Mai was the head of a group of female scientists who were awarded the Kovalevskaia Prize in 2019 for successfully isolating a new strain of SARS-CoV-2 virus, making Vietnam one of the first four countries successfully isolating this virus.

Assoc. Prof, Dr. Pham Tien Son was honored in the field of Mathematics. Son was one of three scientists who received Ta Quang Buu Award 2020.

Dr. Nguyen Truong Thanh Hieu was honored in the field of Physics. Hieu was one of three recipients of the Ta Quang Buu Award 2020 for his work "Average Free Distance of Low Energy Electrons in Materials".

This is the sixth consecutive year that Asian Scientist magazine has honored the best researchers in Asia. Other scientists on the list are from other Asian countries such as: China, India, Malaysia, Singapore, Japan, Korea, the Philippines, Bangladesh, Sri Lanka, Indonesia, and Thailand.