After factories are relocated to the suburbs or industrial zones, the land plots to be freed should be reserved for public space instead of apartment and shopping center projects, experts and the public said in a survey conducted by PPWG (People’s Participation Working Group), Vi Mot Hanoi Dang Song (for a livable Hanoi) group, and the embassies of Denmark and Australia. 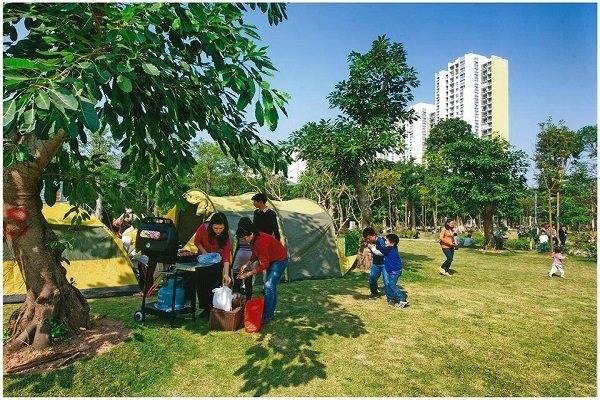 Architect Dinh Dang Hai, an expert of the Livable City project, the current public space area in Hanoi is only 3 square meters per head, too low compared with the 9 square meters recommended by organizations around the world.

Hai believes that in the context of the lack of public space, Hanoi should prioritize the land left by relocated factories for use as public space.

Pham Thuy Loan, deputy director of the National Institute of Architecture, agrees with Hai that it is necessary to use the land left by relocated factories. She also thinks that existing parks should be enlarged.

When presenting the results of the survey on the state of 39 factories subject to compulsory relocation from the inner city, Le Quang Binh, chair of PPWG, mentioned Hanoi's light bulb factory fire, which raised concerns about the spread of mercury in the environment.

After the problem occurred with Rang Dong factory, Hanoians become concerned about the relocation of factories out of the inner city.

According to Binh, Hanoi authorities named 89 factories that were supposed to be relocated in 2011. Binh’s team surveyed 39 out of the 89 factories to find out if the factories have been relocated and what has replaced them.

They found that 21 out of the 39 factories have been relocated and changed the purpose of use, with the average area of 27,000 square meters for each factory.

After the 21 factories were relocated, the land plots left were used to develop apartment blocks and shopping centers. One factory has become a private university,and another land plot was used for an elevated road.

Eleven out of 39 factories, mostly state owned, have stopped operation with an average area of 19,000 square meters for each factory. Most of the land areas are planned to become apartment blocks or shopping centers.

Meanwhile, seven out of 39 are privately run factories, and they cover only 4,000 square meters each.

According to Binh, local citizens support the relocation of factories and the use of land plots for public spaces such as parks, flower gardens, schools and hospitals.