Hoi An beach overrun with too many tourists, illegally built huts

Many temporary huts have been set up to receive tourists on An Bang Beach in Cam An Ward of Hoi An City.

As landslides have occurred at Cua Dai beach in Hoi An, tourists have flocked to An Bang instead. Hoi An municipal authorities have decided to develop the area to attract tourists. 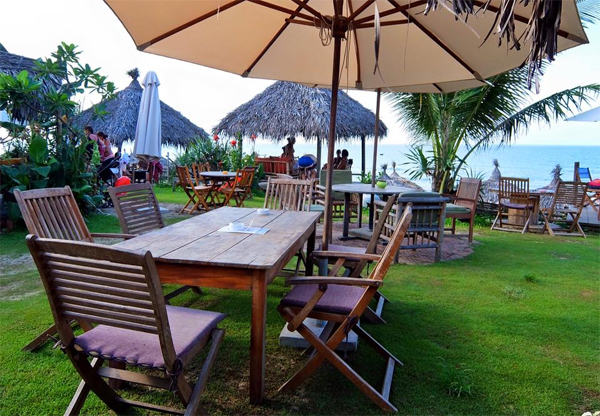 In 2011, An Bang was listed among the 50 most beautiful beaches in the world by CCNGo, a tourist site of CNN. In 2013, An Bang in Hoi An and Dai Beaches in Phu Quoc district of Kien Giang province found their names in the top 100 best beaches in the planet as recognized by CNN.

However, the wildness is fading with the increasingly high number of tourists and the appearance of many shops, huts and restaurants on the 3-kilometer beach, temporarily built to receive tourists and serve their bathing and food needs.

It is estimated that about 1,000 travelers come and stay at the illegal shops every day.

Local people complain that the wonderful beach has become chaotic and compromised by illegal construction works.

Under current regulations set by the municipal authorities, the area adjacent to the beach in Tan Thanh, 800 meters long, serves as public beach. This means that individuals and business households must not set up construction works there. However, the regulations have been ignored.

Most of the huts and shops in the area are made of bamboo and coconut leaves. However, there are also solid construction works with concrete and bricks. Some families have arbitrarily felled trees in protective forests to make room for shops and restaurants.

The latest report of the local authorities shows that there are 26 illegally built works on the coast which are serving as business facilities.

Agencies have fined 11 out of 26 illegal works and told them to remove them within 10 days. Of these, two households were found appropriating 1,500 square meters of the beach, where they have built construction works for their business.

Le Tan Viet, chair of Cam An Ward, confirming that local authorities would reestablish the situation of the area as initially planned, said business households have been told to remove all their illegal works prior to May so as to ‘return the space to the sea’.