Is cash flow continuing to head for Vietnam’s startups? 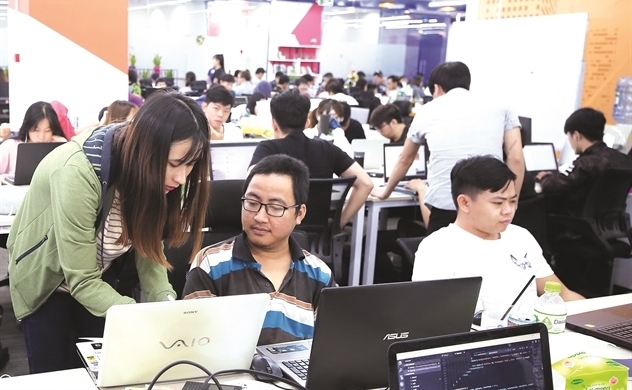 More cash has been funneled into Vietnam’s startups in recent years, according to Le Hoang Uyen Vy, CEO of ESP which specializes in seed funding in Vietnam’s technology firms.

However, the disbursed capital for Vietnam remains modest compared with other regional countries.

In 2018, while the number of deals was the same as 2017, the investment capital increased by threefold to $890 million.

It was estimated that Vietnam had 4,000 startups in 2018, but there were only 92 investment deals in the year. More than 90 percent of startups have never received investments from venture funds.

However, analysts hope the situation will be better in the future, because Vietnam’s macroeconomic indexes are very good.

Vy noted the increase in the number of megadeals with capital poured into late-stage technology firms. According to Cento investment fund, in 2018, more than 70 percent of investment capital in technology in Southeast Asia was injected into five unicorns, namely Grab, Lazada, Go-Jek, Tokopedia and Sea Group.

The growing tendency is believed to have both negative and positive impact on investments in Vietnam’s startups.

In theory, smaller startups will find it more difficult in calling for capital as investors mostly focus on unicorn firms. Unicorn firms, when receiving bigger resources, will expand their business into other field.

Grab, established as an e-hailing app, for instance, has called for more capital and has expanded its business to financing and e-commerce fields as well.

However, the expansion of unicorn firms will also bring positive impact. To compete with giants, startups will have to become more creative in upgrading their product quality, positioning target markets and defining competitive edges.

Regarding the problem with Yeah 1, Vy believes that the current difficulties are just temporary. It is one of the firms with the biggest traffic and advertising inventory in Vietnam and is one of very few Vietnamese startups which have a global scale.