Japanese partner explains why Vietnam's NanoDragon satellite has yet to launch

The Japan Aerospace Agency (JAXA), which is in charge of the launch of the Epsilon 5 rocket, has announced that the weather conditions at Uchinoura Space Center in Kagoshima Prefecture (Japan) will not be suitable for launching Epsilon 5 rocket in the coming time.

In addition, this rocket and the No. 44 H-IIA rocket of Japan share some launch devices. The new launch schedule of Epsilon 5 will be announced as soon as Japan successfully launches H-IIA missile No. 44, which is scheduled on October 25.

In the field of space technology, safety requirements must be kept at an absolute level. This is why when something unusual is detected, the launch of a missile is forced to stop. With the latest announcement from JAXA, it will take more time for Vietnam's NanoDragon satellite to be launched into space.

The NanoDragon satellite is the product of the Project "Research, design, manufacture, launch and test operation of nano-sized microsatellites" under the "National science and technology program on space technology in 2016-2020”. The whole process of researching, designing, integrating and testing satellite functions was completely conducted in Vietnam by staff of the Vietnam Space Center.

NanoDragon is a satellite wholly designed and manufactured in Vietnam and is a product included in the development roadmap of "Made in Vietnam" small satellites of the Vietnam Space Center to implement the strategy on "Development and application of space science and technology until 2030".

Launch of NanoDragon satellite suspended due to bad weather

The Japan Aerospace Exploration Agency, JAXA, on October 7 morning suspended the launch of its fifth Epsilon solid-fuel rocket that is expected to carry nine small satellites, including Vietnam’s NanoDragon. 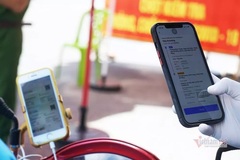