Returning from Germany amid COVID-19 outbreak, Huynh Luu Duc Toan was placed in quarantine at the Khanh Hoa Military School. During that time, he published research about the epidemic in a prestigious science journal.

Huynh Luu Duc Toan, 30, a lecturer at the Banking Faculty of the HCM City Economics University, is now a postgraduate in behavioral economics at Otto Beisheim School of Management in Germany. 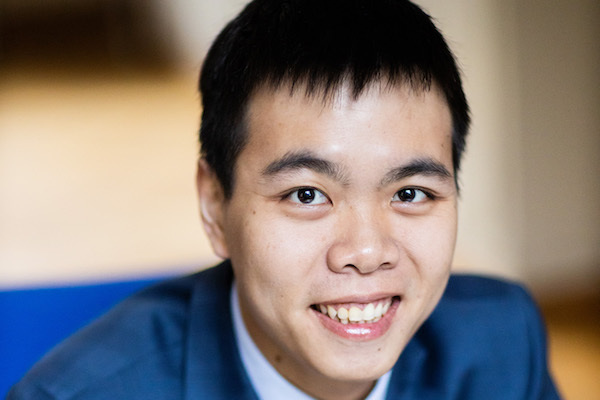 As the pandemic broke out, Toan decided to return to Vietnam.

After getting a negative test for the first time, Toan was transferred to Khanh Hoa Military School for quarantine.

Toan carried out research on Vietnamese people’s awareness about Covid-19 and published his findings in Economics Bulletin, an open science journal, founded in 2001 by Myrna Wooders, a Canadian economist. Its editor-in-chief is Professor John P. Conley from Vanderbilt University.

Toan believes the awareness of risks will determine people’s behavior.

He carried out the research in the quarantine zone and selected samples randomly online. The survey was conducted on people aged from 15 to 47.

For Toan, computer and internet access are enough for him to work everywhere.

The researcher found two things. First, a relation between geographical positions and awareness of risks. The people in southern region had higher awareness than in other regions.

Second, use of social networks and fake news affects the awareness of risk.

The quarantine area was relatively quiet in the beginning. There were only four people in the area during the first days. The airy space allowed Toan to concentrate on the research.

Toan sent his work to Economics Bulletin. Receiving the news that the research had been published, Toan was happy he could do a small thing to contribute to the fight against Covid-19.

“A small butterfly on the West Coast can create a storm on the East Coast. I just hope everyone in my position can be a small butterfly to inspire the power to blow away Covid-19,” he said.

Vietnam has been doing well in its fight against coronavirus. Toan still wants the international media to pay attention to data from Vietnam.