Nguyen Ha Dong: I exchanged my maturity for Flappy Bird

The creator of the game app Flappy Bird, Nguyen Ha Dong, advised students not to exchange their maturity for short-term success.

At a three-hour talk with students at the Hanoi University of Science and Technology on the evening of November 18, Dong listened more than he spoke. 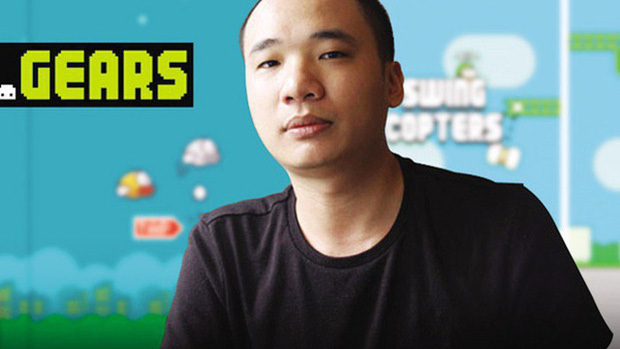 Ta Hai Tung from the Hanoi University of Science and Technology, who was in charge of coordinating the conversation, described Dong: "He is a humble person who lives in a world of his own. Dong is surrounded by a curtain of mystery. Unlike other successful people, he doesn't like to appear in mass media. "

Dong was somewhat hesitant to talk about himself.

“For the past 17 years, I only worked with computer screens so I don’t have anything to talk about. I thought I had to exchange some things for my success. What I have exchanged is maturity,” he said.

When asked about the decision to pull down Flappy Bird, Dong said he felt pressure that prompted him to do it.

Five years ago, Rolling Stone magazine wrote about the success of Nguyen Ha Dong and Flappy Bird. Dong earned about $50,000 a day.

Flappy Bird is one of 25 apps listed by CNET as having the biggest influence over the last decade.

Dong said he once thought that he would be able to retire when he got $1.1 million. Now, he has more than that amount, but has not retired.

Five years after the removal of Flappy Bird, Dong is now running a company specializing in game development. The company only has two workers, including Dong and a friend, who was also a student at Hanoi University of Science and Technology.

After success with Flappy Bird, people hoped that Dong would repeat the success in the future. However, Dong said the probability rate for a similar success is just 0.1 percent. He revealed that he is developing a game with technology which has never been seen.

Along with the game development, Dong is giving financial support to some students who need money for research and development. The students need to show Dong what they have done, how high the projects’ feasibility is, how much money they need and how they would spend money.

Dong began learning programming at the age of 15. At 17, he began programming games. When he was a second-year university student, he worked for a game company and then began developing a game himself in 2011.