The strip of land in the central coastal area is described as a carpet woven by diverse ecosystems and natural resources which serve as platforms for local sustainable development.

Located 30 kilometers from Hoi An City, Cu Lao Cham (Cham Isle) World’s Biosphere Reserve has an extremely rich ecosystem bearing all the typical characteristics of the southern part of the central region, with more than 300 hectares of 300 species of coral reef; 50 hectares of sea grass with five typical species; 76 seaweed species; and more than 270 fish species. 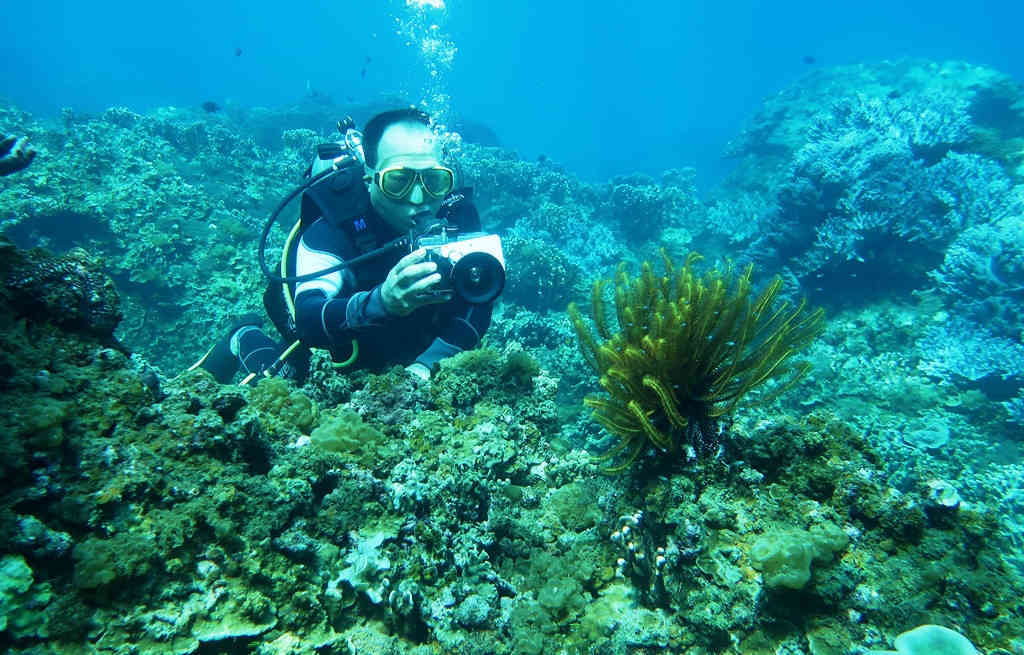 According to Cu Lao Cham Marine Protected Area (MPA) management board, over many years, the Hoi An municipal authorities have instructed people to develop tourism in a sustainable way, associated with preserving the diversity of ecosystems on the island.

The team in charge of stone crab exploitation management and protection is a typical success story of the model of harmonizing protection and exploitation of natural resources at the biosphere reserve.

Cu Lao Cham MPA has been cooperating with the Nha Trang Institute of Oceanography to recover hard coral reefs, while persuading people to say no to plastic bags and to sort waste at source. Thanks to this, biodiversity values have been gradually managed and protected, bringing a greener, cleaner space to Cu Lao Cham as a tourist point.

However, scientists have found abnormal signs in the seabed. Coral reefs and seagrass bed in Bai Huong and Bai Bim areas are buried under sediment from construction works, with relatively thick coverage. This has killed corals, and the seagrass cannot develop again.

The water source pollution due to sediment and the waste water from residential quarters and restaurants are also killing coral species which are vulnerable to the environment.

“Ecosystems are very ‘sensitive’ to any changes of the environment. They have to exist and develop amid the impact from nature and human activities,” said Nguyen Van Vu, deputy director of Cu Lao Cham MPA.

“As the number of travelers to Cu Lao Cham is very high, it’s really difficult to protect the biodiversity here,” he said.

Ly Son waters in Quang Ngai are also an area with high biodiversity level with typical ecosystems such as coral reefs and sea grass beds. Over 700 species of marine plants and animals have been identified, including 157 species of coral, 202 marine fish species, 137 species of seaweed, 96 species of crustaceans, 40 species of echinoderms and six species of seagrass.

However, the current biodiversity of the estuarine area is at ‘medium level’, and it is decreasing gradually due to over-fishing and waste sources.

While some other islands are only facing severe waste problems. However, Cu Lao Cham has come up with a solution in banning all non-biodegradable waste on the island for 10 years.

Danang authorities have planned a tour to bring visitors to Cu Lao Cham Island in the neighbouring city of Hoi An. However, this has been opposed by Hoi An officials.