Realizing that Vietnam has been left far behind in the campaign of legalizing software, the Business Software Alliance (BSA) has decided to deal with Vietnam’s businesses with a heavy hand.

BSA launched the "Legalize and Protect" initiative to provide CEOs with the information about the risks businesses face when using unlicensed software, including cyber security risks. 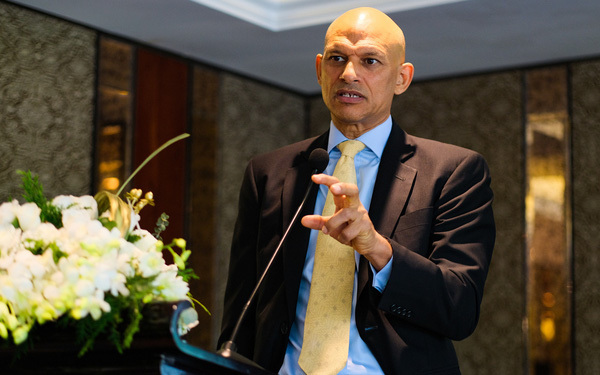 In September 2019, BSA launched the campaign “Cleaning Up to the Countdown” to persuade CEOs to ensure that their companies only use legal software. The campaign has been deployed in four Southeast Asian countries, including Indonesia, the Philippines, Thailand and Vietnam.

More than 1,000 economic groups throughout ASEAN have legalized software for thousands of personal computers (PC) in the efforts of the campaign to persuade CEOs in Southeast Asia to buy genuine software.

Meanwhile, in Vietnam, the software legalization has been made with about 200 computers.

Vietnamese companies in 33 cities and provinces were encouraged to voluntarily legalize their software assets, but only 50 companies have been recognized as making significant efforts to do this. About 30 percent of software has been legalized in HCM City, a higher proportion than Hanoi.

A survey by BSA in 2018 found that 75 percent of the software in use are unlicensed, the figure which is much higher than the average level of 57 percent in Asia Pacific.

According to Tarun Sawney from BSA, tens of thousands of companies in Vietnam use unlicensed software and very few CEOs have come forward and settled the problem. He said it is an irresponsible act of putting national data security at risk of hacking.

Some CEOs will only get to work if they face pressure from the government’s enforcement force. Therefore, BSA plans to work more closely with government partners to take appropriate legal actions when dealing with cases of refusal to comply, according to Sawney, who explained why BSA needs to take drastic measures.

Stricter copyright policy and people’s higher awareness about intellectual property have led to the closure of many websites which shared pirated software.