Tai, 22, noticed the difficulties his cousin, who lost his right arm in a labor accident some years ago, faces in daily life. 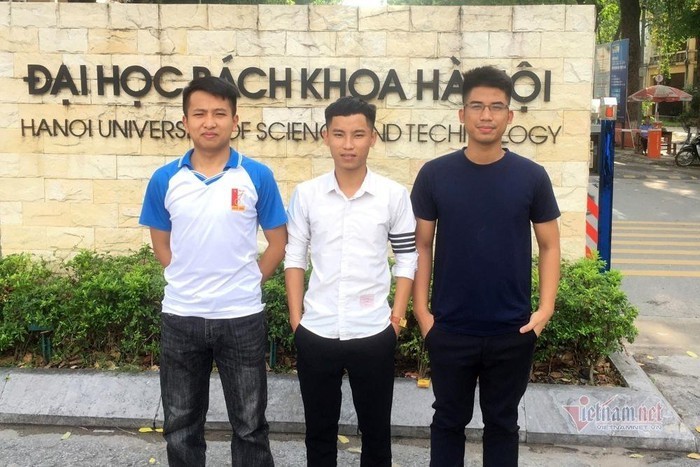 This sparked a desire to create a product that can support the disabled and help make their lives more comfortable.

In late December 2019, Vuong, Nam and Tai began thinking of applying brainwave reading technology to regulate an artificial arm, allowing the disabled to use the arm like a real arm.

According to Tai, unlike some robot arms which had sensors installed in hands or biceps, their product will connect signals from a Mindwave headset via Bluetooth protocol.

With thoughts about gestures, the arm will create different types of signals and electronic circuits will control the motor to stretch the fingers.

With this, users just need to wear an artificial arm with attached electrical circuits to the biceps to grasp or type keyboard via nerve waves transmitted from the brain to the fingers.

The biggest difficulty, according to the reserachers, is practicing to collect fixed brainwaves. When moving, people will emit many different types of brain waves, and the task of the team is to analyze and create a standard library with fixed waveforms.

Users need to practice thinking with the headphones to get the correct waveform. For each move, they need to practice many times to find the best waveform. This process must be done continuously so that brainwave control is mastered over a long period of time.

This is a complicated process, because the waveforms depend on people’s feelings and age. They believe that it will take them four months to create a library of basic gestures.

At present, the artificial arm works with simple grips.

During the process of developing their idea, the students found a design of an artificial arm and foot made by a group of engineers and scientists at Johns Hopkins University in the US.

“We developed the product to make it better,” Vuong said. At present, the total cost for one product is VND10-13 million. However, the costs will be lower in the future, and the device will not only be able to move the hands but also the wrist and elbows.