Vietnam has only 300 artificial intelligence experts

A Vietnam Australia online forum on Artificial Intelligence took place on October 27 to provide information on cooperation programs between the two countries and exchange experiences in developing the Vietnam-Australia AI community.

AI technology helps computers perform tasks that require human intelligence. AI is one of the key technologies contributing to changing the economic and social life of all countries in the world.

During this period, Vietnam had 2,739 research works on AI. In Southeast Asia, Vietnam ranks 5th in the number of scientific publications. Vietnam also stands 13th out of 50 Asian countries participating in the WIPO survey and is ranked 47th in the world.

By the end of 2017, there were more than 200,000 people around the world working in the field of artificial intelligence. It is estimated that by 2030, the world will need 1 million workers in the AI field.

According to many sources, there are over 1,600 Vietnamese who are currently researching and working in the field of artificial intelligence, including about 700 people working in Vietnam. The number of AI experts in Vietnam is estimated at only about 300 people.

WIPO statistics show that, as of 2018, among 6 ASEAN countries with inventions in artificial intelligence, Vietnam ranked second with a total of 372 records. According to experts at the Vietnam Australia AI Forum, this is a positive sign for the development of AI in Vietnam.

In Vietnam, in early 2021, the Prime Minister issued a national strategy on research, development and application of artificial intelligence (AI) to 2030.

This strategy was issued with the goal of promoting research, development and application of AI to turn it into one of Vietnam's key technologies in the context of the Industry Revolution 4.0.

According to Deputy Minister of Science and Technology Bui The Duy, the goal of the Vietnam Australia AI Forum is to promote the research, application and connection of Vietnamese and Australian businesses in the field of artificial intelligence. This will help create socio-economic change and contribute to solving challenges, while helping the two countries better apply new technologies to enhance competitiveness.

Within the framework of Vietnam Australia AI Forum, scientists and AI development communities of Vietnam and Australia will share initiatives to promote the development of the AI community and the application of AI.

Deputy Minister Bui The Duy expected that through the forum, AI technology will play a more important role in the socio-economic development of the two countries, and at the same time turn Vietnam into a hub in the application of AI in the region and the world.

Leading Vietnamese and Australian AI experts to meet at forum 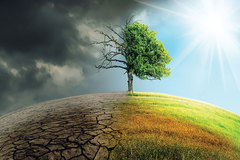