The change in technology used for domestic payment cards is expected to give a push to non-cash payments in Vietnam. 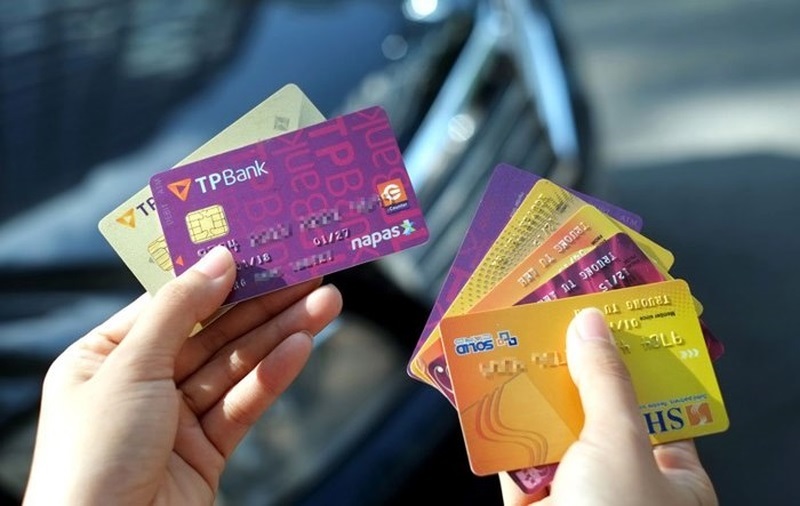 In fact, EMV standard chip card technology was introduced in Vietnam a long time ago with cards bearing the names of international institutions such as Visa, MasterCard and JCB.

However, most banks affirmed that the technology upgrading is an important event for the Vietnam’s card business sector, because from now on, there will not be much difference between international and domestic cards.

The change in car technology is a must, because the card skimming occurs frequently in Vietnam. Deputy Governor of the State Bank Nguyen Kim Anh said hi-tech crimes are on the rise and they target markets which still have not shifted to use chip cards.

Together with the introduction of the domestic card technology by the national payment corporation NAPAS, seven commercial banks have issued new cards and offered the conversion of old cards for clients.

These include the big four stated owned banks – Vietcombank, VietinBank, BIDV and Agribank, and some private banks, including Sacombank, TP Bank and ABBank. All of them are holding large market share.

Because of the card replacement campaign, existing card holders will have to replace their cards. If so, banks will have the opportunities to eliminate inactive cards, estimated to account for 41.7 percent of total 132 million bank cards.

However, analysts warned that financial burden will be put on commercial banks’ shoulders once implementing the card replacement campaign. One chip card is 5-7 times more expensive than magnetic cards. Besides, banks will also have to pay for card issuance and domestic card accepting systems.

Vietcombank now has 14 million cards in circulation, amounting to 20 percent of the total number of cards and 20 percent of revenue.

Not only the 7 commercial banks, but others have also promised to follow the replacement roadmap set by the state management agency.

TP Bank has promised to offer fee preferences to clients in the first phase. Sacombank said it will not lift card issuance fees, annual fees and collect other kinds of fees from clients who contact the bank in June and July.

One of the most important characteristics of the new technology domestic payment card is that users can make payments for transactions with small value without information authentication. NAPAS has suggested the value to be no more than VND1 million.

The Vietnam Bank Card Association, in collaboration with the National Payment Corporation of Vietnam (NAPAS) and seven commercial banks, launched the first domestic chip cards on May 28.