Vietnam has entered into a partnership with South Korea's biggest internet company as part of a national strategy that seeks to transform the Southeast Asian country into a global player in artificial intelligence by the start of the next decade.

Naver Group has teamed with Hanoi University of Science and Technology (HUST), one of the country's top institutions, to launch Vietnam’s first AI research center in the capital city, Japan-based Nikkei has reported.

The new facility is to play a major role in the country's goal of nurturing its high-tech sector and becoming an AI research and development leader by 2030.

For Naver, the partnership with Vietnam is part of an international network for AI R&D. The Korean search engine leader launched its Global AI R&D Belt initiative in 2019, looking to connect software engineers and facilities in the RoK, Japan, the European Union and Vietnam.

In August, Naver officially signed a cooperation agreement with Vietnam's Posts and Telecommunications Institute of Technology on investment, development and training of AI in the country.

Naver's deal with Vietnam signals the next wave of Korean investment in Vietnam, with a focus on AI. The initial round of investment, led by Samsung Electronics, turned the country into a base for smartphone assembly. Samsung now operates two huge smartphone factories in the country and produces half its global output in Vietnam.

Samsung as a group has invested more than 17.3 billion USD in Vietnam, according to the Ministry of Industry and Trade.

Bridging the tech-led links in investment

RoK contributes more than half of FDI in education in Vietnam

The Republic of Korea (RoK) poured about 8.2 million USD into Vietnam’s education sector during the first 11 months of this year, accounting for 57 percent of the country’s total FDI in the field. 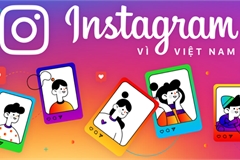