Vietnam shifts from outsourcing to making its own products

With a focus on becoming the best place for technology firms, the Ministry of Information and Communications (MIC) said Vietnam will shift from doing outsourcing to making its own products. 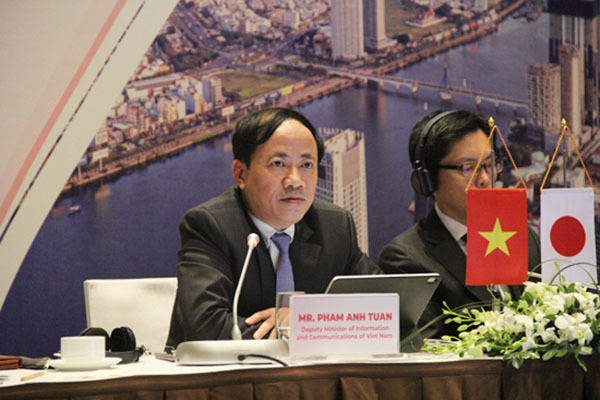 Tuan said at the conference that the government is determined to build a framework to create a favorable business environment to turn Vietnam into the best place for technology firms to start and develop.

“Vietnam will shift from doing outsourcing and assembling to making products of its own, putting out ‘Made in Vietnam’ products, created in Vietnam, designed in Vietnam and produced in Vietnam,” Tuan said.

The Deputy Minister went on to say that Vietnam would strengthen cooperation with foreign technology groups and call for their investment, especially ones involved in digital economy and in fields with such as manufacturing smart devices, IoT, AI, data science, big data, cloud computing, blockchain, cybersecurity, e-commerce and fintech.

As the world is entering a period of growth based on technology and innovation, Vietnam’s investment attraction strategy is taking full advantage of new competitive edges.

Vietnam will set up a legal framework for experimentation in new technologies, products, services and business models.

MIC will join forces with relevant ministries and branches to be sure that these regulations will encourage new technology models while ensuring the public interest.

“Foreign companies can come to Vietnam to experiment with new technologies,” he said.

Vietnam will continue investment in mobile telecommunication network infrastructure, and upgrade the 4G network and commercialize the 5G network soon. It will develop a digital infrastructure in Industrial Parks, hi-tech parks and concentrated ICT zones to satisfy the booming demand for connectivity and data processing, and large-scale investment demands from multinationals.

Japan is the second largest foreign direct investor in Vietnam with total registered capital of $60 billion. Japanese investors have invested in 4,200 projects, including 700 ICT projects.

With an opportunity to continue receiving investment from Japan, Vietnam is ready for the new investment wave.

“The government of Vietnam has been perfecting mechanisms and policies to help create a breakthrough development for concentrated ICT parks and hi-tech parks in key economic centers, especially in Da Nang,” he said.

IT, electronics and communications associated with the digital economy is one of the five key business fields that Da Nang is focusing on in its plans to develop its economy.