1/ Pham Viet Thanh, a lecturer at the Electrical – Electronics Engineering Faculty of Phenikaa University is one of them. He is also the leader of the research team on the intelligent information system, one of the nine teams approved by the university in 2019. 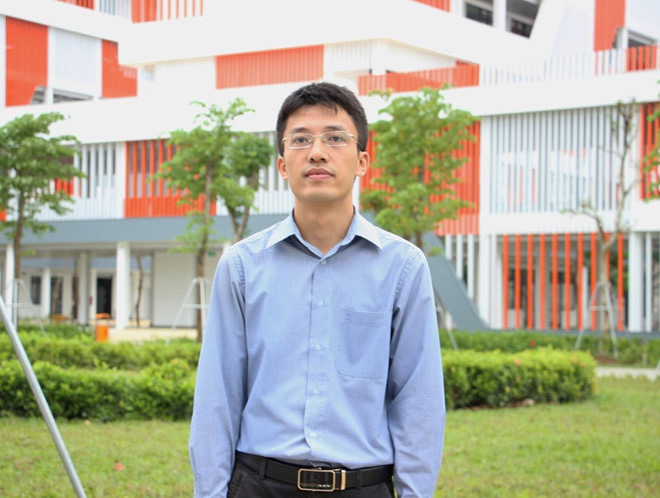 In 2013, after receiving a doctorate from Catania University in Italy, Thanh did not think he would become a researcher, but instead chose marketing.

However, he changed his mind after meeting his university teacher. He came back to the Hanoi University of Science and Technology to work as a lecturer and researcher.

Since 2013, Thanh has published more than 80 articles in prestigious science journals. His articles have a high H-index (an author-level metric that measures the productivity and citation impact of the publications) and high citation index.

However, for Thanh, the number of international articles is not the measure that assesses the achievements of a scientist, because the number depends on the spheres the scientist follows.

The young scientist said he wishes to contribute to the creation of young talents and generate a disciplinary environment which allows students to grow during their study and research.

2/ Tran Dinh Phong, Dean of Basic and Applied Sciences at the University of Science and Technology of Hanoi (USTH), was honored to receive the main prize of the Ta Quang Buu Award 2018.

He is the main author of the scientific research work in physics titled ‘Coordination polymer structure and revisited hydrogen evolution catalytic mechanism for amorphous molybdenum sulfide’.

Manufacturing artificial leaves capable of converting sunlight and water into hydrogen has attracted the interest of many scientists. The catalyst for this chemical reaction is platinum, a rare and expensive material.

The research by Phong and his co-workers successfully prove the structure and action mechanism of amorphous molybdenum sulfide, an easy-to-make and low-cost material that can replace platinum in the reaction to make H2 clean fuel from water.

3/ In the last 10 years of carrying out scientific research, Le Hoang Son has published 125 research works, including 70 works published in ISI journals, five textbooks and monographs. He has also instructed a high number of fellows and carried out state projects in AI and Knowledge Exploitation.

The research by Son and his team is always conducted with cooperation with scientists in many different fields, such as Earth sciences, health, environment and economics to create significant products for the community.