Scientists have warned that climate change will have adverse impact on the growth of the precious bird salangane.

With the 3,440 km long coastline (including islands), nearly 4,000 islands and many mountain ranges jutting out into the sea that form bays and lagoons, Vietnam has great advantages to develop salangane. 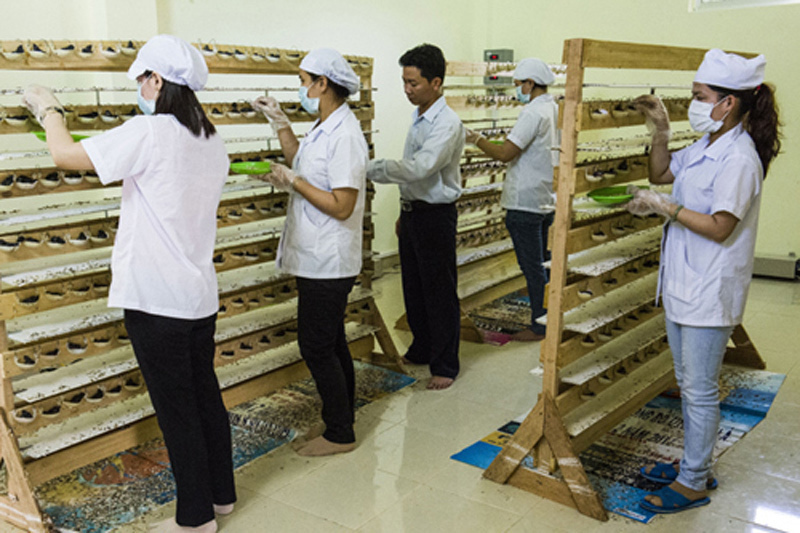 Salanganes have also been farmed for commercial purpose. Indoor farming has been developing in 42 cities/provinces. It is estimated that there are 8,540 salangane houses, mostly located in the Mekong Delta, the southeast and coastal central regions.

A report found that the salangane nest output was 63,400 kilograms in 2018, while the volume of salanganes from the wild was 4,500 kilograms. In the coastal central region alone, there are 223 natural salangane caves.

Scientists classify Vietnam’s salanganes into two groups. The first includes wild birds, which live on island. They are ‘completely wild’ because they stay in caves and search for bait in the wild, which depends on natural conditions. The second group include semi-wild birds. They live in houses set by humans, but they seek food in the wild.

Both groups are ‘sensitive’ to the living environment and vulnerable to climate change.

According to Nguyen Duy Thinh from the Hanoi University of Science and Technology, the study on countries that suffer the most from extreme weather phenomena in 1997-2016 found that Vietnam is a vulnerable country to climate change.

It ranks 5th in the 2018 Global Climate Risk Index and 8th for long-term climate risk index.

Climate change has become increasingly serious, having adverse impact on the growth of flocks of island salangane and the entire salangane population.

Nguyen Cu from the Center for Biodiversity Conservation said the increase in extreme weather phenomena and natural disasters, both in frequency and intensity due to climate change, is a constant threat, immediate and long-term for all areas. Climate change degrades the habitat for living species, including populations of salanganes.

Climate change is manifested through the warming of the atmosphere and the earth in general, changes in rainfall, and rising sea water levels which can damage biological behaviors of salangane and supporting ecosystems.

In particular, natural salanganes, which have the habit of nesting in coastal areas, are one of the most threatened species from climate change. Rising sea levels reduce nesting areas, while more frequent and stronger storms increase the pressure on the birds.

Thinh said to preserve and develop salanganes, solutions are needed to improve adaptability of the birds. Farming salanganes for nests is a promising career in Vietnam.

Environmental protection projects in Vietnam need a fund of $753 billion. The State Bank of Vietnam has included green financing program in legal documents to drive loans to projects for sustainable development.