In 2018, the TV sector saw a growth rate of 10 percent, air conditioners 11 percent and other electronics sectors less than 10 percent, much lower than previous years. 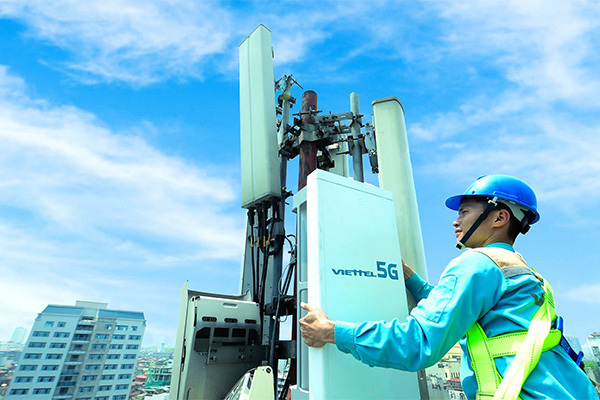 In 2019, GfK said the mobile phone sector no longer has much expectation for growth.

In 2019, the phone distribution sector of The Gioi Di Dong (MWG), the largest mobile phone retail chain in Vietnam, saw modest growth rate of 2 percent. The driving force of the company was in the distribution of laptops and other electronics and refrigeration products with the growth rates of 10-20 percent. Meanwhile, air conditioners reportedly had the high growth rate of 60 percent compared with 2018.

As for FPT Shop, the turnover from ICT products grew by 8 percent only, lower than the expected 15 percent. The management board of the company explained that the purchasing power decreased in the year, while the sales of iPhones, the key product, were unsatisfactory.

When drawing up business plans for 2020, MWG and FPT Shop have not put high expectations on the mobile phone sector.

MWG plans to boost the sales of watches, glasses and home appliances to maintain its growth momentum. The company hopes that it can get revenue of VND122.445 trillion and post-tax profit of VND4.835 trillion, increasing by 18 percent and 26 percent compared with 2019.

“If we still hover about ICT products, we won’t find a way out,” a senior executive of FPT Shop said.

Meanwhile, VNDirect Securities predicted that the mobile phone distribution sector will be healthy again thanks to the government’s strong determination to accelerate the deployment of 5G technology.

When 4G became popular in 2012 (GSMA Intelligence), the demand for smartphones increased sharply in the world. In Asia Pacific, the sales of 4G phones soared with the CAGR of 129 percent in 2012-2018.

With the 5G wave, more than 1 billion 5G smartphones will be sold by 2025 as estimated by Counterpoint.

VNDirect Securities believes that Vietnam will pioneer 5G which will stimulate demand for 5G devices. If so, MWG and FPT Shop will get benefits from the 5G wave.

The government has set a goal for nationwide 5G coverage by 2030, at reasonable costs.