The event was co-hosted by the Moscow State Institute of International Relations (MGIMO)’s ASEAN Centre and the Russian Ministry of Foreign Affairs. 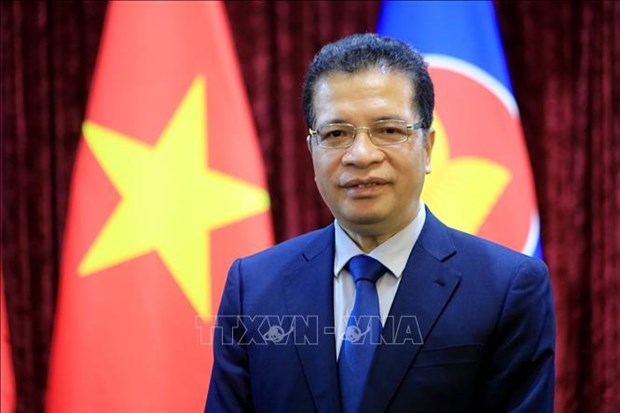 A seminar on Russia and ASEAN in Asia-Pacific: dynamics of cooperation, regional processes and global context was held in Moscow on October 15 to mark the occasion of the 25th anniversary of Russia-ASEAN dialogue relations and the 30th anniversary of their diplomatic ties.

The event was co-hosted by the Moscow State Institute of International Relations (MGIMO)’s ASEAN Centre and the Russian Ministry of Foreign Affairs.

Vietnamese Ambassador to Russia Dang Minh Khoi, for his part, said in the ever-changing geopolitical context, more than ever Russia and ASEAN need to cooperate closely for the common interest. They must together maintain peace, security and stability; foster socio-economic development; and strengthen open and inclusive regional architecture and win-win partnership with ASEAN at the centre, he said.

The diplomat stressed that as an active and responsible ASEAN member and Russia’s comprehensive strategic partner, Vietnam always supports the European country to reinforce ties with ASEAN, highlighting that this has been consistent since the first day ASEAN and Russia established their diplomatic relations and will go on in the future.

The seminar, which took place on October 15 – 16, featured nine discussions held in person and via video teleconference. The discussions touch on current issues in the Russia – ASEAN cooperation, evaluate the status of the partnership and dialogue at the time of COVID-19, analyse the development motivations in Southeast Asia, and identify the main trends for political and economic development in each ASEAN member states.