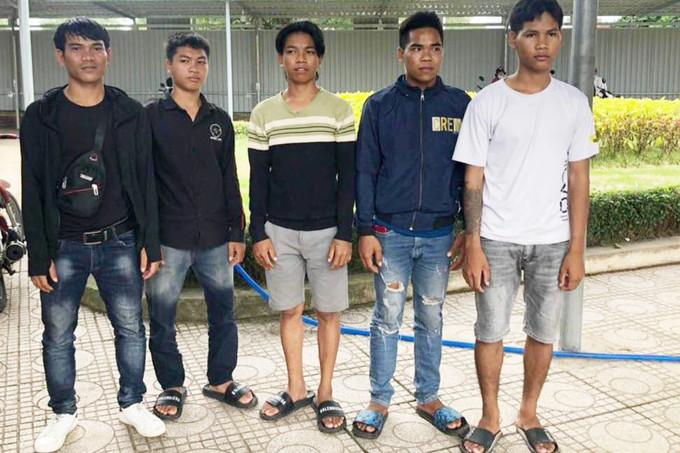 Five of the seven victims

The men were cheated by a human trafficking ring led by Tran Quang Quyet, 21, who took the men to work at a casino in Cambodia.

A preliminary investigation revealed that at the start of the year Tran Quang Quyet, 21, residing in neighbouring Kon Tum province, was initially tricked into entering Cambodia to work for a company, and by June he owed the firm over VND100 million (USD4,348).

He received a proposal from two Vietnamese women in Cambodia that he would be paid USD700 for each person he could bring into Cambodia.

On June 19 - 20, Quyet persuaded seven men from La O Commune in Gia Lai to work in Tay Ninh Province which borders Cambodia and from there the men were illegally transported into the neighbouring country.