Shifting from analog to digital: the power of innovative thinking in the postal services sector

For more than one decade after country reunification in 1975, the post office was considered the poorest and most outdated sector. 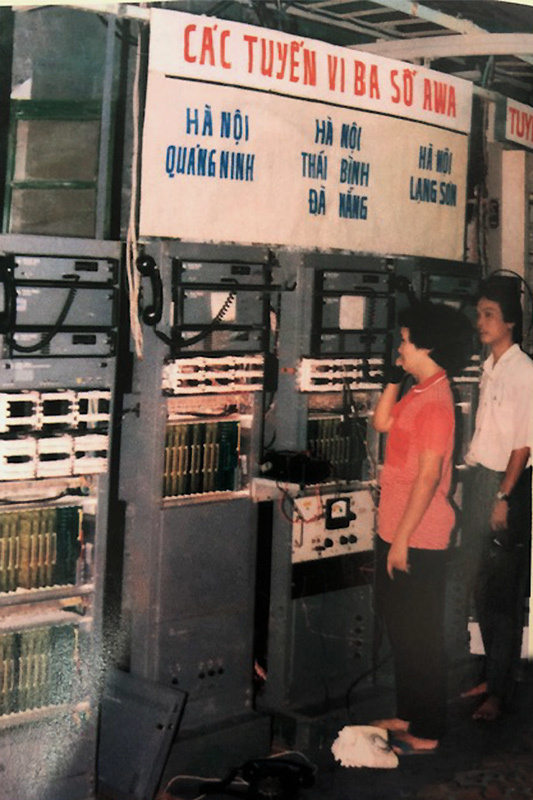 However, with strong innovative vision and serious actions, it turned into a modern industry keeping pace with the world, playing an important business role in the country.

The ‘push’ from pioneering leaders

In the early 1980s, Vietnam fell into a crisis as a result of the devastating war and the centralized economy. Vietnam’s post office, like other business fields, then used out-of-date technologies.

At that moment, a historic decision was made by the leaders of the industry – a shift to digital instead of analog technology.

However, there were many problems that made people doubt the feasibility of the plan, including the lack of capital (the industry had less than $1 million).

At that time, the analog network was still considered ‘modern’ compared with socialist countries. Many people felt uneasy about the decision to spend big money to buy new equipment when there was not much money.

Despite the prevailing view at that time that Vietnam was poor and still could use the analog switchboard system from Germany, the then General Director of the General Directorate of Posts Dang Van Than decided to switch to digital technology.

History proves that Than’s view and vision created a revolution in the postal service industry.

It skipped intermediate technology and went straight to modern technology with digitization, automation, and service diversification, focusing on international telecommunications as a breakthrough.

Speaking with VietNamNet, Than recalled the daring moves the post industry took at that moment.

“We applied a lot of measures which could dodge the US embargo policy, and attract foreign currencies and foreign high technologies to invest in development and labor training in Vietnam,” he said.

The solutions used by Than and his co-workers allowed the postal industry to develop, and not rely on state investments. The industry sought capital for development through international cooperation by ‘self-borrowing, self-repayment'.

“We identified international telecommunication as a breakthrough for development, took full advantage of ODA capital, and sought permission to apply some mechanisms which allowed us to mobilize capital from foreign sources guaranteed by the state,” he said.

At that time, 98 percent of the fixed landline phone network used analig technology, while only a few country had begun shifting to digital.

Vietnam’s telecommunication network was then very small. If it shifted to digital technology, it could skip the transition period.

As a latecomer, Vietnam could change the whole switchboard system from analog to digital overnight, while other countries faced difficulties in the transformation because their telecommunication networks were too large, with tens of million of subscribers.

Before making such a breakthrough move, the General Directorate of Posts decided to carry out ‘experiments’ to find the best ways for development.

The first experiment was conducted with international telecommunications. A business cooperation project was developed with a small satellite station (VISTA) from OTC (now Telstra – Australia), using digital technology in July 1987 in HCM City.

Many projects were implemented in the next two years, including a project on building three terrestrial satellite information stations in Hanoi, Da Nang and HCM City, using the most advanced technology (1989-1990).

In 1994-1995, Vietnam decided to go directly to GSM (Global System for Mobile Communications). In 1995, the Vietnam Post and Telecommunication Corporation (VNPT) signed a business cooperation contract (BCC) with Comvik (Sweden) to build the MobiFone network.

The government started to open up the domestic market (marked by the establishment of Viettel and Saigon Postel companies).

Truc said it was not easy to make such daring strategic decisions.

A lot of questions were raised. Why didn't the General Directorate of Posts cooperate with socialist countries (Soviet Union), but instead joined forces with capitalist countries (Australia, France and Germany)? Where would the money come from to hire specialists?

Local newspapers raised questions about the expensive imported equipment. People were worried about the big foreign loan worth $400 million and doubted the debt repayment capability.

A minister from a socialist country also commented that Vietnam took risks when making investment in the context of the US embargo, noting that the equipment was very expensive.

However, the leaders in the postal industry were confident about their decisions, especially after they got support from then Prime Minister Vo Van Kiet.