Should the state spend money to raise capital in state-owned banks?

Experts can see high risks in using money from the state budget to increase the charter capital of state-owned banks.

The State Bank of Vietnam (SBV), in its additional report on monetary policy management in 2018 and the first months of 2019, has proposed to amend the current laws to allow use of state’s money to raise the charter capital of state-owned banks, except zero-dong banks. 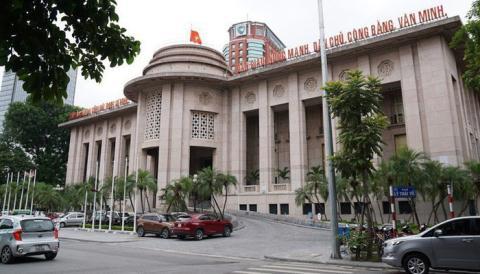 The State Bank of Vietnam's headquarter

Zero-dong banks are weak banks which have been forced to transfer to SBV under the central bank’s restructuring plan.

Analysts said that raising banks’ chartered capital with state’s money is the last resort and will be ineffective. Vietnam needs to restrict spending in the context of a scanty budget, while the country needs money for investment.

The bad debt increase in the banking system must not be blamed only on state-owned banks’ business performance, but also on natural calamities, mismanagement, unprofitable public investments, exchange rate fluctuations, which all have led to the sharp fall of banks’ assets.

In order to help the banking system recover, it is necessary to allocate budget for the banks.It is also advisable to use domestic capital rather than foreign capital at this moment because of the low inflation rate, stable situation and high economic growth rate.

“State-owned banks need capital to act as pillars for the national economy and to be used by the government and SBV to implement monetary policies,” Kiem said.

“Moreover, in the era of global integration, Vietnam should have a healthy state-owned bank network to back outward and inward investments,” he explained.

However, Kiem agrees that the solution suggested by SBV should be implemented only when other solutions do not bring desired effects.

“The Ministry of Finance (MOF) won’t be willing to spend money. It will ask commercial banks to cut down operation costs, practice thrift and exploit all possible capital sources before using the method,” Kiem predicted.

Regarding ‘possible capital sources,” Kiem said state banks can pay dividends in shares to raise charter capital or reduce the state’s ownership ratio in the banks.

According to Dinh The Hien, a finance expert, Vietnam is a market-oriented economy and still needs to maintain banks where the state holds a controlling stake.